Soil-Making Magic: The Secret Witches’ Spell for the Perfect Garden 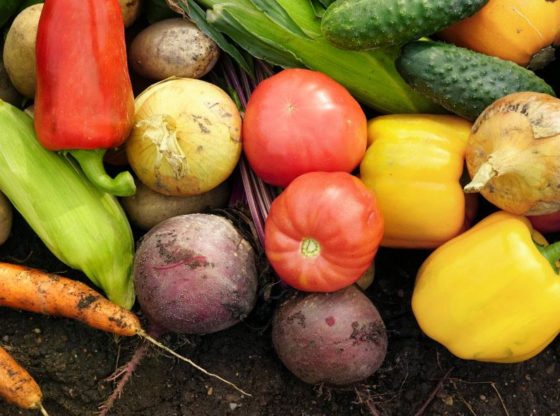 Springtime gardens turn into summertime weed lots. Does this happen to you?  You till and dig, bring in dirt or compost, broadcast fertilizer, and perhaps even lime or calcium in an attempt to make soil for the perfect bed for your garden. It’s a sight to behold!  You plant your seeds and your delicate little plants with great care, watering and watching over them.

Your little plants grow quickly and beautifully for a time, then they are chased by the dreaded weeds. Weeds, weeds everywhere, growing like grass on a golf course, thick and full, tall, and happy. By late June, if you’re like I used to be, you’ve all but given up even trying to keep them at bay. Once the real heat of summer hits, you surrender and end up harvesting whatever vegetables have fought their way through the jungle of weeds.

Why does it always happen the same way every year?  Yes, those who love to work at pulling and hoeing weeds might keep their gardens in the green, but the rest of us give up after we’ve sweated through our first pair of gardening gloves.

The answer is that you haven’t cast the right SPELL on your garden before you ever planted it. It’s a magic spell—a witches’ spell, if you like—that protects your garden from weeds, makes fertilizing completely unnecessary, and banishes many a bad nematode or blight from your shiny summer squashes.

Would you like to know the secret to a weed-free garden?

Here is the spell that will solve all your gardening woes this year:

“Dirt plus Darkness and Moisture, too… We will make SOIL out of you!”

Why do I say that this is a “witches’ spell”? Because the secret to the weed-free garden is a fungus amongus. It’s not a toadstool or a mushroom, but it’s a fungus none-the-less. What has been lost to modern gardeners who use chemical fertilizers, herbicides, and pesticides in order to fight all the ills of the garden, and even to many organic gardeners, is that simple fungi can do all the hard work for you.

Dirt is just rocks. It’s minerals (which are rock) that have been ground up to a small size.  The largest particles of dirt are called sand. The next smaller size is called loam. The smallest-sized dirt is clay. All dirt is some combination of different sized rock particles:  sand, loam, and clay. But dirt is NOT the same as soil.

The only plants dirt grows are weeds. You need SOIL to grow vegetables, fruits, bushes, and trees. What’s the difference between dirt and soil? Organic matter. Often, gardeners bring organic matter into their gardens by introducing compost, peat, or even humus. While these elements add some life (and water-holding capacity) to dirt, they don’t make true soil.  To make true soil— magic soil that will make your garden sing under the midnight moon—you need FUNGI.

Let’s go back to the spell that makes soil… “Dirt plus Darkness and Moisture too…” The best soil is made in darkness.

You can turn a straight-up suburban lawn into good garden soil over just a few short months with nothing more than newspapers and mulch. Soil is made from aerobic bacteria and fungi called mycorrhizae. This happens in darkness and moisture.  If you cover the ground with something that blocks out the light but allows water to pass through, such as newspaper, cardboard, or contractor’s paper, then you will block the light to your dirt while still allowing water to reach it. This is step number one. This step will kill the grass and smother the weeds.

Step #2 is to keep the ground moist and cool. You do this by adding mulch on top of the paper; about 6 inches will do just fine and any mulch will do.  You can use hay, straw, or wood chips.  Try to get your wood chips from a tree service company, not from bags at Walmart or Home Depot. It’s best to have real wood chips and not the junk that they sell in bags. But if you must use the bags, it’s better than nothing.

Quick Note: If you want a raised row garden then make your raised rows before you apply the newspaper (or cover) and the mulch. Rest assured, the spell works with raised rows or with just flat land.

Under this dark, moist, cool layer, magic will happen.  Aerobic bacteria will grow; fungi will grow; worms and bugs will arrive. Ground that was once hard, dry, dead dirt will transform itself into good, fertile, fluffy soil ready for planting. Just give it a few months.

Step #3: Don’t Disturb It!  After a few months of letting nature do its work, you can plant directly into this soil.  It will be lighter, softer, more aerated. It will be alive. If you till it, turn it, or disturb it any more than is absolutely necessary, you will kill it. Fungi grow in thin webs that create a nutrient-carrying structure. They trade nitrogen with plant roots in exchange for sugar that the plant makes. Don’t disturb the soil any more than you absolutely need in order to plant your little seed or seedling. Don’t break the web of life created by the fungi.

Step #4 is to keep adding mulch as the plants grow.  Keep adding straw, torn-up newspapers, shredded wood, or whatever you can. Build up the layer of compost as the plants grow.  This will keep the weeds out. This will make the nitrogen in the soil conducive to vegetable and fruit plants and poisonous to weeds. Without going into detail there are different types of nitrogen. The type of nitrogen created by fungi, darkness, and moisture is good for soil but bad for weeds. Keep your soil dark, cool, and moist for a weed-free garden.

Why the Witches’ Spell Works for Making Soil

The problem with how people are taught to garden is that it destroys beneficial fungi (mycorrhizae) which are thin spiderweb-like strands of life that live in dark, moist soil. The fungi break down nitrogen that already exists in the soil and they transport that nitrogen to the roots of plants to trade it for sugars that plants make through photosynthesis.

In modern gardening, people are taught to hoe, rake, heap, and pile raw dirt. That process kills the fungi required for proper nutrition to good plants. That process literally MAKES proper nutrition for BAD plants, i.e. weeds!  Dirt does not grow vegetables, fruits, and trees. Dirt is just ground up rocks. Soil grows the vegetables we like. Soil is the enemy of weeds. Soil exists on forest floors beneath inches of decaying matter. Soil exists in moist, cool places. Soil exists because dark, cool, moist dirt grows the bacteria and fungi required to turn sterile dirt into rich, healthy soil.

If, instead, you trust nature and follow the Witches’ Spell for a perfect weed-free garden then your great gardeners’ fortune will arrive on the midnight moonbeams and the morning dew. That fortune is the spreading of fine, filaments of fungi all through the soil under your deep layers of mulch and newspaper.

Try it!  Remember. “Dirt plus darkness and moisture too… We will make SOIL out of you!”

Final Benefit of Making Soil for a Weed-Free Garden

As you are done with your garden plants just chop and drop the plant matter from your plants right on top of your thick mulch layer.  It will decay and descend into the soil. There is no reason to ever take anything out of your garden again. Just chop and drop the plants when they are done. There is no need to ever bring anything into your garden again. The mulch will turn to compost. The compost will turn to food for next year’s garden. The fungi will make sure of it.