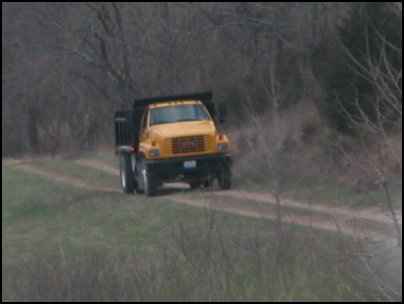 Lately, I’ve had the satisfaction of launching into a new project that I’ve been planning for quite some time and dreaming about for longer still. A long time ago, when I was young and ambitious, or inexperienced and stupid, depending on how you choose to interpret the condition of youth, I used to put quite a lot of effort into making compost.

In fact, I studied compost quite seriously, I knew all the N-P-K ratings of all manner of disgusting substances, I studied the Indore Method almost every time I was indoors, learned how to encourage earthworm propagation without appearing prurient, and slept with a copy of J.I. Rodale’s The Complete Book of Composting under my pillow.  (I might mention that it is very hard and lumpy.)

Weekends that could have been better spent frittered away on shallow, simplistic amusements, my friends and I would spend developing blisters on our hands from long-handled shovels, filling our pick-ups with whatever odiferous and repulsive substance we could finagle for free.

Frankly, it didn’t take a lot of finagling.  We cleaned out barns filled with every imaginable sort of manure in every imaginable form from baked, caked, and rock-hard to slippery-slimy wet, and all for no other recompense than the manure itself.

You can imagine what was going through the farmer’s minds when they were approached by these young fellows wondering if they could have all their excess manure, but despite this, most of them were able to contain their derisive smirks at least until we were out of sight.

So anyway, that’s the background I bring to my current situation.

Nowadays, having had some extensive experiences with manual labor such as this, I have mostly adopted the attitude of trying to avoid it whenever possible.

As a result, I no longer play the long-handled shovel, and if I did, I am pretty certain that I would want to receive cash for my efforts.

But I digress… what I wanted to tell you about was how I’m about to fulfill my daydream, and that has to do with the fact that I AM a lot lazier than I used to be.

Well, me and most everyone else my age.

I really hate to sound like one of these old crocks that can’t remember where he parked his car, but he can’t forget about how things were decades ago.  That is, I hate to SOUND that way, because that’s exactly how I’m getting to be.

However, the truth is that, while I don’t know about you, personally, I’m really starting to lose faith in my fellow Americans.

I mean, have you noticed how hard we work these days trying to make things easier?

I refuse to shovel manure these days, preferring to buy my compost from Walmart.

Now, if you’ve ever gotten interested in organic gardening, and have come to appreciate the clean and natural process of making one’s own compost, then you realize, as I do, that buying compost in a plastic bag from Walmart is like trying to get fresh milk from a Coke machine.  Still, I’ve been doing it anyway, because I’m too lazy to shovel.

Then I fret about getting enough exercise and spend money on medicine to keep my blood-pressure down, largely because I do more fretting than exercising.

Like a lot of Americans—maybe most of them—I’ve gotten away from sensible, real things and converted my life over to… to… commercially-driven fantasy.

Like a lot of Americans—maybe most of them—I’ve lost my appreciation for reality.

Okay, NOW I’m ready to talk about realizing my new project which is my old dream.

See, I still believe in compost.  I still know that it’s the one, true church, and that, if everyone would just start making their own compost, it would be a much better world.

Alas, however, as mentioned previously, I am now considerably lazier than used to be the case.

However, I have discovered a work-around to make up for my personal sloth.  In the course of performing my day job, I have in recent years purchased a collection of heavy equipment with which to build and maintain gravel roads.

Since acquiring this arsenal, I’ve been thinking about how I could use the loader, the dump truck, and the tractors, to make all the lovely, rotting compost that I’d ever want, maybe even enough to sell, so this is the year that I’ve begun my project of making compost with heavy equipment.

I’m just beginning that process, so that’s how I came to be at a turkey farm last week, having my dump truck filled with turkey manure.

Needless to say, as the farmer’s son was loading the truck with ten huge, steaming scoops of a front-loader mounted on his tractor, I was thinking about how many hours, how many days it would have taken me to fill a dump truck with turkey manure using a long-handled shovel.

That’s also when I started thinking about how people don’t have any appreciation for real, honest things like genuine turkey droppings in these days of so-called affluence.  If they garden at all, they want to do it with little bags of pretty-colored chemical compounds which, in their delusional states, they see as cleaner and more potent, whereas in fact, nothing is cleaner, nor more beneficial to living plants than properly composted organic materials.

I was loaded in a few short minutes, and paid my paltry fifty dollars for six cubic yards of one of the most concentrated sources of nitrogen known to pre-industrial man.  The farmer suggested that I could hose down my load at a nearby spigot so that it didn’t blow around so much, but I only had a few miles to go, so being lazy as previously mentioned,  I decided that would be unnecessary.

I find it deeply troubling that people have become so divorced from reality that they don’t even recognize it when they see it.  Sort of like this woman from L.A. that I recently observed on her first visit ever to a local farm where she had a small accident.  Her comment struck me as particularly definitive of someone who has completely lost touch with her actual surroundings.

So anyway, I’m thinking about all this while I’m driving my approximately five tons of turkey waste home.

I was thinking about when I was a kid and people didn’t use the fertilizer of the day to blow up government buildings.

I was thinking about how artificial everything is these days.

Did you know, for example, that you can make a reasonable facsimile of a Hostess Twinkie at home using only six ingredients, all of which are commonly accepted as edible?

Well, are you also aware that a genuine factory-made Hostess Twinkie contains 39 ingredients, one of which is described as, “food-grade plaster of Paris” and which combine to give the modern industrial Twinkie a shelf-life comparable to that of uranium?

As it happens, my home and my source of turkey excrement are on opposite sides of the dinky little burg where I grew up, occasioning me to pilot my load directly through town, pausing in the very heart of the place at the four-way stop on Main Street.  There I ground to a halt, then slowly hauled the truck around a right-angle turn, and headed out of town.

I must say that I was wishing that I’d followed the turkey farmer’s advice, because there was quite a bit of my valuable cargo blowing off and swirling around in the air in the form of a rather thick dust, mixed with a number of smaller turkey feathers, that settled on the cars parked along the street.

Needless to say, this cloud was also defined by a certain olfactory element, containing, as it did, enough ammonia to awaken a sleeping brontosaurus.

This latter condition was of little concern to me, however, as I had the windows rolled up and the air conditioner turned on.  So rather than be particularly troubled by the putrid stench emanating from my cargo, I was mentally calculating how much of my precious load was going to waste on the pavement, parked cars and innocent passers-by of downtown.

In my rear-view mirror, I could see some of the good citizens of the town, first walking along nonchalantly on such a gorgeous spring day.

After I’d driven past, a look of curiosity would come across their faces, followed shortly by expressions of disgust, repulsion and finally abject horror.

I couldn’t help but think of how typical these folks were of modern Americans and their lack of appreciation for the honest, simple values of a by-gone era, and the things, like high-quality poultry feces, that so pungently represent those values and that era.

I shook my head silently as I watched them in the mirror, clutching their children to their bosoms, eyes watering, gasping for breath, their faces flushed and contorted into grimaces of terror.

How sad, I thought, that these folks can no longer just enjoy life’s simpler beauties.

As I was leaving the city limits, I noticed that someone had decided to test the Civil Defense sirens.  How fitting, I thought, that these poor, clueless citizens worry about some unseen attack that may or may not happen sometime in the distant future, when in fact they should be worrying about the quality of life that they‘ve already lost to 21st-century society.

Because the odorless, colorless, stainless future we’ve made for ourselves just isn’t anywhere near as healthy as a quietly curing pile of compost.

That’s when it occurred to me that I shouldn’t just accept things this way.

I should stop buying phony stuff… and so should you.

So the next time someone tries to palm a phony foodstuff on me, something that’s loaded with a bunch of ingredients that I don’t know what are, and couldn’t pronounce their names even if I did, I’m going to say, “HAH!  Get thee behind me, Satanic charlatan sham-server!  Sodium stearol lactylates (for example) shall never pass my lips!”

And the next time I see where some perfectly good product has been emasculated for the benefit of manufacturing ease or profit margin (remember when the phone company was responsible for your phone working?  Remember how those phones ALWAYS worked?)  I’m going to say, “AHA!! Flagitious, flimsy fabricator!  Never again will I purchase this demeaned product from your evil and avaricious manufactory, nor shall any other of your gossamer goods darken my domicile!”

From now on, I will expect, nay demand, that the phrase, “new and improved” be synonymous with “better”, not “cheaper to produce”!

And then someday, if I do that, if you do that, if all God’s children start to demand real products and real improvements, then sooner or later… we’re going to actually get them.

Meanwhile, I’ll be industriously collecting huge, steaming piles of various organic detritus.  My wife has recanted and agreed to stay if I’ll only move them further from the house.