Gardening by the Moon

Home /Gardening/Gardening by the Moon

“That’s one small step for a man, one giant leap for mankind.”  It was July 20, 1969 and those words, spoken by Neil Armstrong when he set foot on the Moon, marked the beginning of a new, more modern phase of our relationship with Earth’s nearest satellite.  Previously, we humans could only gaze pensively at the big silvery ball in the sky, but now, one of us had actually been there.  Neil Armstrong’s trip strengthened our relationship with the Moon and our conviction that lunar gardening is still relevant for today.

Ancient people watched the Moon disappear and reappear in the sky and they came to structure their world around its phases; they planted and harvested by her and even made her the center of their religious ceremonies.  To ancient people, the full Moon became a symbol of fertility, ovulation and birth, and it’s a widely held belief even today that more births occur near a full moon than at any other time of month.  The Moon affects every aspect of life here on Earth; its gravitational pull even moves the fluids in our own bodies; some physicians won’t even perform surgery during a full Moon, claiming the risk of increased bleeding is too great.

The Moon’s effect on Earth’s water was known even in the days of the Romans.  Plutarch, the Roman historian, (c. 46 -120 AD) said, “The moon showeth her power most evidently in those bodies which have neither sense nor lively breath; for carpenters reject the timber of trees fallen in the full moon as being soft and tender, subject also to the worm and putrefaction, and that quickly by means of excessive moisture.”

The first Indian tribes that roamed the plains of America kept track of the seasons by giving every recurring full moon a special name, one for each month.  The Moon When Eyes Are Sore from Bright Snow was for February, The Fish Spoils Easily Moon was for June and The Moon When the Wolves Run Together was for December, August was the Sturgeon Moon and November the Beaver Moon.

Black Elk, a famous Oglala Sioux medicine man, arranged a treaty signing with the United States during the Moon of the Falling Leaves (also November) and meetings of all the Lakota tribes took place during the Moon of the Changing Season (October).  The Indians saw the moon as a symbol for fate and time, and as the great Earth Mother.

People of old farmed, hunted, and shepherded according to the rhythms of the earth and moon; understanding how the two worked together was critical to their survival.  The Moon in the night sky fascinated them, so they watched it, studied it and learned how it coincided with their own environment.  They observed that during the full Moon, tides, lakes and rivers rose, then there was more water in the ground, planting during these times produced greater crop yields and they surmised that the increased water content in the ground was the reason why.

If it is your desire to produce a garden that is in total harmony with Mother Nature and the cycles of life, one that won’t further pollute and offend our great Mother Earth, then you should consider lunar gardening.

Begin your study of the Moon by watching it:

The 1st quarter rises at noon.

The last quarter rises at midnight.

To understand lunar gardening, a lot of sources must be considered, much of this information is obscured by the annals of history, and some is cloaked in myth.  Because of this, skepticism and doubt have been the scourge of this tried and true, yet ancient, system of gardening.

Following only the Sun in brightness, our Moon is the second largest moon in the solar system.  Reflected sunlight is what makes the moon shine, and the moon’s phases are caused by the different angle from which we see the sunlit side of the moon.

The moon can come as close to the earth as 218,000 miles, causing reactions in our atmosphere, oceans, and Earth’s surface.  You have witnessed the moon’s most famous influence, the tides, as it pulls them to and fro.  As the moon orbits the earth, it causes the tides to rise and fall, affects our air currents and is a major factor in causing thunderstorms.  Not only are the tides pulled from side to side during the moon’s phases, but all water on the earth is put in motion, tides in rivers and lakes rise, the water that is in the earth’s surface, even the water in the cells of plants and in our own bodies is affected.

Water absorption in the earth is highest during a full moon when its gravitational pull is the greatest and there’s a definite decline in the water on Earth during the new moon.  Even the cells in our own bodies have been shown to respond to the pull of the moon and some surgeons who won’t schedule surgeries during this time because the moon’s pull causes excess bleeding.

The Waxing and Waning Moon

The two basic lunar activities that you need to be concerned with if you want to garden by the moon are its waxing and waning, which are the two activities that make up the lunar month.

Both waxing and waning are designated by the new and full moon.  The moon is waxing, or growing in light, when it’s in the first and second quarters; you’ll know the moon is waxing when you see its right side lit up. 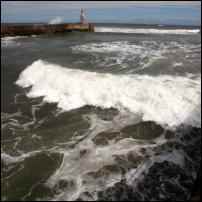 Also consider this: tides reach their highest point every 14.6 days, or twice a month.  Rainfall cycles mirror the tide cycles in response to the position of the moon, therefore you can look forward to the highest rainfall just after a new or full moon.  Take advantage of this when planning your garden.

“We may achieve climate, but weather is thrust upon us.”  O’Henry.

When the moon is waxing, its gravitational pull on Earth’s water is greater, and there is more water to be had for plants.  When the moon is waning, Earth’s water is receding and there is less of it for plants to take up into their root systems.  Any fruit or vegetable meant to be eaten immediately is best if harvested during a waxing moon, when water content is at its highest, and many farmers have found that crops harvested and stored during a waning moon, when the earth’s water content is lowest, keep better and for longer periods of time.

How to Take Advantage of the Waxing Moon

How to Take Advantage of the Waning Moon

Lunar gardening encompasses both the phases of the moon and the signs of the zodiac; many lunar gardeners simply study the moon and plant according to its phases.  But if you want to incorporate the signs into your planting, you need to know which phase the moon is in as well as which sign it’s passing through before you decide to plant.

For instance, if you’re planting crops that produce their yield above the ground, like okra and tomatoes, plant them when the Moon is in the first or second quarter and also when it is passing through a fruitful sign such as Cancer, Scorpio or Pisces.  The Moon moves through the zodiac signs and each sign is associated with one of the four elements : fire, earth, water or air.  Plants are believed to favor certain signs, for instance, flowers prefer air signs like Libra, Gemini, and Aquarius. The fire signs of Aries, Leo and Sagittarius are dry and barren and are a good time to do your weeding.  Annual plants like the fertile water signs of Cancer, Scorpio, and Pisces.

The barren signs of the zodiac are all male signs, and they include Aries, Gemini, Leo, Virgo, Sagittarius, and Aquarius.  Virgo is the exception to the rule here; its symbol is the virgin and a virgin is a non-producer, so it makes sense that it would be barren.  Libra, whose symbol is the scales, could possibly be neutral and this is why it’s not a good producer of anything except flowers and other ornamentals.  Libra is also good for seeds and things that produce seeds, like grain.