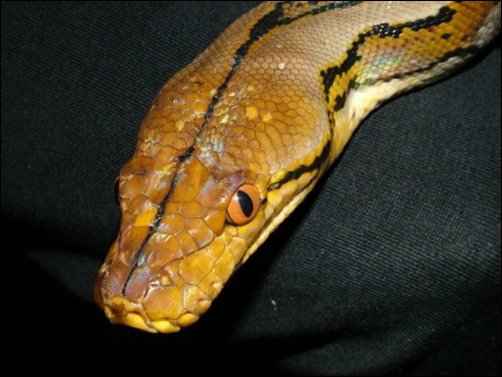 Words like cold-blooded, venomous, slithery and cunning come to mind.  Not very many living creatures hold such a place of respect, awe and downright fear as the snake.  There are so many stories and legends about snakes; including what they can and can’t do, where they live, tall tales about snake bites and their cures.  All you have to do is mention snakes and the stories you’ll hear will amaze you.  Ophidiophobia, the abnormal fear of snakes, restricts some peoples lives to the point that they won’t even venture outside in their own backyards for fear of encountering  this infamous creature. 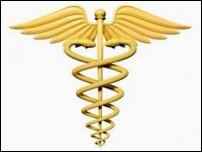 Snakes are numerous in mythology;  Mercury the messenger god carried a staff entwined with two snakes to show his authority.  The staff was called a caduceus; it’s now the symbol of the medical profession.  According to the Greeks, the mythical figure Aesculapius discovered medicine by watching as one snake used herbs to bring another snake back to life.

The Hopi Indians performed an annual snake dance; it honored the union of Snake Youth, a sky spirit, and Snake Girl, a spirit of the underworld.  The purpose of the dance was to renew fertility and nature; the snakes were then released into the fields so that crops would increase.  In some cultures, snakes were a symbol of the umbilical cord that joins all humans to Mother Earth.

There are snakes that won’t bite during dog days.  Dog days are the hottest, most sultry days of summer.  They usually fall between July and September in the northern hemisphere and between January and March in the southern hemisphere; depending on latitude and climate.  The name dog days comes from Sirius, also called the Dog Star; the ancients believed that it was responsible for hot weather because it was so close to the Sun. 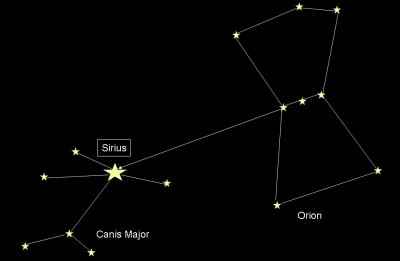 King snakes, also called milk snakes, are sometimes found in barns where they feed on mice and rats.  One superstitious farmer a long time ago believed a king snake was stealing his cow’s milk; he said he saw the snake rise up and suck milk from the cow’s udder.  Ever since, king snakes have been known as milk snakes.  In reality, there’s no way any self-respecting cow would stand still while a snake clamped its teeth onto one of its teats.

Snakes seem to have lots of enemies.  Reports of hogs eating rattlesnakes have been reported, as well as various methods people have used to keep them away, like burning old shoes in a Dutch oven.  Deer and goats have also been known to kill snakes.  Sometimes snakes even kill each other; backwoods folks say they have witnessed different types of snakes fighting each other.  Black snakes fight and sometimes swallow rattlesnakes whole, and rattlesnakes fight each other till the death.

A black snake swallows a rattlesnake

It isn’t true that cobras can be charmed by snake charmers.  During a “charming session” the cobra sways back and forth because he’s following the movements of the charmer, but its lips have been sewn together or its fangs removed as a protection for the snake charmer.

It’s been said that hoop snakes, also called horn snakes, can take the shape of a hoop by grabbing their tail in their mouth; they then roll at you.  If they catch you, they’ll stab you with the spike some say they have on their tail; it’s a fatal jab.  Folklore says that the hoop snake will use this method to chase a person who has angered them; they can even roll down hills killing everything in their path..  So far, no proof has been found to back up any of this.

Black snakes used to be put in corn cribs because of their ability to swallow just about anything whole; especially rats after fresh corn.  These snakes are known for climbing trees, but when it’s time to come down, they just roll up and fall out, being unable to climb down.  Folks in the backwoods tell stories about black snakes choking people to death.  Make one mad and he’ll run at you with his head up; if he catches you, he’ll get around your neck and choke you.

This snake is portly, has a thick neck and an upturned nose.  He’ll turn over and play dead when attacked, and then you’ll see his green underbelly.  If you want to see something funny, just poke him with a stick and he’ll flatten out, spread out his head, puff up its body, and hiss loudly at you.  Because of this behavior he’s also, erroneously, called a Puff Adder, a Spreading Adder and a Blow Viper.  If these tactics don’t work to scare off its tormentor, it will roll over, hang out its tongue and lay limply for who knows how long.  It isn’t true that it shoots poison at a person and can kill them from up to 20 feet away.

Many a mountain man will tell you he’s seen snakes traveling in pairs.  This is supposedly for the purpose of buddy revenge.  There’s just no evidence to prove this; first of all snakes don’t give a whit about being friends; if one of their own gets killed, they couldn’t care less.  A snake might be seen following a female pretty closely during mating season, but this is purely for self-serving reasons.

Some old-timers have said that certain snakes have stingers on their tales, sort of like a bee or wasp; the truth is that some snakes have pointed tales, but not stingers. A snakes’ venom is produced and stored in its head, not its tail.

Day of the Dead

An ancient myth says that an injured snake will die before sundown of the same day.  When a snake is fatally injured, it dies immediately, just like any other creature.  Its time of death has nothing to do with sundown. 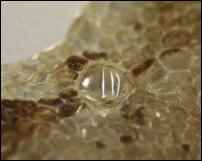 You can clearly see the scale that covers the eye on this shed snakeskin.

Blinded by the Light

Some people believe that snakes go blind in the summer.  Nothing could be further from the truth; what’s happening is that when the time to shed is near, the ocular scales covering a snake’s eyes are beginning to separate from the new scales underneath, and their vision is temporarily clouded.  Lots of snakes in the Southern Hemisphere shed in the summer, so maybe this is how this untruth got started.

Most species of snakes don’t have a mothering instinct.  It’s been said that snakes will swallow their young whole in order to protect them from danger.  The fact is that since baby snakes are born alive and very independent, they leave their mothers side soon after birth and so are out in the world defending themselves almost immediately.  Because of this, mother snakes usually don’t stick around to care for them.  Recently, a new discovery on this front was made.  There is a snake, the African Rock Python, that seems to be the only snake in the world that actually “cares” for its young.  They lay a clutch of 20 to 90 eggs and instead of slithering off in pursuit of their own pleasures, they encircle and vigorously defend them until they hatch. 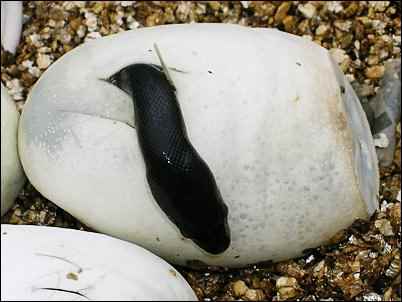 No Truth to This Tale

Snakes can’t sting with their tails, even though many veteran snake-hunters will tell you differently.  Baby copperheads inadvertently started this myth.  Their bodies are mostly tan and copper with vibrant yellow to chartreuse-green on the tip of their tails.  The purpose of this is to attract prey;  the tail looks like a struggling worm or caterpillar and serves to draw small amphibians to them that end up as prey.

If you think that removing a snake’s fangs will make it harmless, you’re wrong.  A snake can grow a new pair of fangs pretty quickly.

A snake doesn’t have to be in a coiled position to strike; this idea stems from the mystical pictures of snakes coiled up ready to strike.  In reality, snakes can strike from any position you may find them in, so always be cautious.

Many snakes know how to play dead and will strike when you least expect it.

Most snakes travel at a  top speed of about five to eight miles per hour.  Most snakes won’t chase you, even if you make it mad; unless you happen to be in in Central America and encounter a Central American Bushmaster snake.  These huge, venomous snakes are known to chase people; Panama’s Tourism Department even issues a warning to visitors.

Another myth to beware of is the “warning” rattle.  Their rattles evolved back in the Pliocene period in North America in order to inform the large animals that roamed the plains back then of their presence; this tactic helped both of them survive.   The snake can hear the vibrations of an approaching large animal, but they can’t hear a human approaching, and so don’t rattle to warn them of their presence.

Back in the days when doctors were hard to come by, a snakebite victim would be given a shot of whiskey.  It’s not known how this helped, but it could have been that it just put one out of his misery.   An herb called rattlesnake plantain, or rattlesnake weed, was known as a cure-all for rattlesnake bites.  Legend has it that the way to find this herb is to tease a rattlesnake until he gets so mad enough to bite himself.  He’ll then head into the woods in search of the herb and all you have to do is follow him.

Some say that a dog that’s suffered a snakebite can be fed salty meat, this may work on people too.  Hold the meat in the dogs’ mouth long enough for the dog to start whining, and you’ll see the swelling start to go down.  The salt acts to draw the poison out if it’s gotten to soon enough.  Putting salt on a snake bite and tying a rag around the spot has also been known to draw out the poison; leave the rag on as long as you can.  Mix fatty meat,  some salt and turpentine together and put on a snake bite to draw out the poison; it’s important you do this as soon after the snake bite as possible.

Immerse the bite in ice water for six hours; this will slow down the venom.  In the meantime drink as much water as you can to flush the poison out of your body.

Chinese Pai Yao pills are a popular snake bite remedy from the Orient.  Pai Yao is a very powerful remedy that can stanch bleeding, eliminate inflammation and swelling and counter act toxin.

Echinacea is an herb famous for its ability to stimulate the immune system.  You’ll find It mentioned as a snake bite remedy in many of the older herbal books; though it doesn’t say what kind of snake bite it can be a cure for.

Aloe Vera extract can be taken after a snake bite in order to totally cleanse the system.

Various homeopathic treatments for snakebite include the following and should only be taken once the appropriate emergency treatment has been administered:

Aconte, to ease the shock and fright.  Arnica to help the injured tissue begin to heal and Lachesis to help ease the symptoms.

Consider carrying a snake-bite kit on your next trip into the woods.  The kit carried by the U.S. Military is excellent;  it has a venom extractor that will remove 30-40 % of the venom.   It’s enough to keep you alive until you get to the hospital.

Homestead.org Writer’s Guidelines
A Day in the Delta