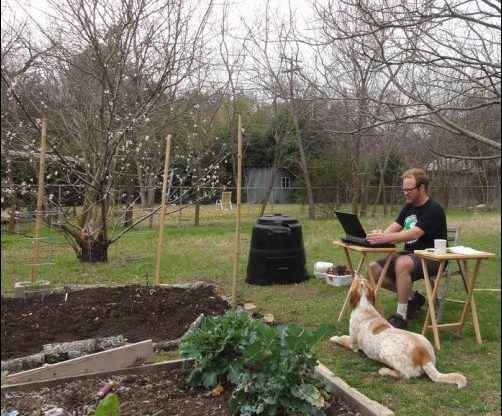 What is the Future of Homesteading?

I have to make the confession that I have always been a sucker for a good advice column.  Starting about the time I learned to read, I first read my favorite comics; Lil’ Abner, Blondie, Beetle Bailey, then I went to Ann Landers and her starchy, small-town-conservative brand of advice.  When I couldn’t get our local paper, I had to make do with Abigail Van Buren, who was Ann’s twin sister.  Decades later, I now find myself anxiously awaiting each new edition of Dear Prudence.  Prudence, whose actual name is Emily Yoffe, isn’t quite the tight-ass that Ann and Abbie were, and her responses are more sensitive to modern concerns, and more up-to-date.

Recently however, I was mildly surprised by her response to a woman who wrote about homesteading.  I was surprised both because the subject was homesteading, of which you don’t hear a lot of on the more urban venues of the web, but mostly because Prudence’s reply, and even the letter writer’s very question, were both woefully out of date.

The Letter Writer tells Prudie that she has a “good job in the tech industry”, but recently her parents bought a farm which they’re turning into a homestead, and they’ve offered to let their daughter and her husband come live with them and work on the farm.  The LW says this is a life-long dream of hers, but all her friends are “aghast that I would take such a step after I put so much into my career”.  They’re telling her she’s making a huge mistake.

Frankly, Prudie seems a little aghast herself, but she offers what I think is some good advice, “spend all your spare time and vacations working at the farm.  See if you can string together enough time off that you have a good, long time to see what being full-time with your parents would be like.”  That sort of thing is always a good idea, but then she goes on to say, “If you have tech skills, there is a panoply of opportunities you could pursue…”  She goes on to discuss LW’s predicament as if there were a clear choice that must be made between being a tech professional and working in a rural setting.

This got me thinking about how, like a number of other things in modern life, homesteading seems to be on the verge of making some rather profound changes in the upcoming years.

Now, I’m well aware that there is a contingent who would say that TRUE homesteading isn’t going to change because, by definition, homesteaders don’t adapt new technologies, they rely on time-proven procedures for self-sufficiency.  Presumably, the majority of these folks live in dimly-lit spaces eking out an existence with stone and wooden tools, but every so often they fire up their Dell QuadraMultiPlexPro 9500 III and they write scathing comments on homesteading forums, mostly in all caps, explaining why HOMESTEADING MUST BE PURE and not sullied by any modern convenience.  This article assumes the reader is not of this persuasion.

Homesteading as we’ve always known it, has been defined by two mutually beneficial goals: self-sustainability and sensible frugality.  Traditionally, these two have worked together—self-reliance provides the most important elements of life for the lowest cost.  Now we seem to be standing at the threshold of an era where those two disciplines seem to grow apart in ways that they never have before.

If you listen to the advertising, reliable rural conductivity is an accomplished task.  It’s a little hard for me to grasp the idea that anything involving orbiting satellites is in its infancy, but high-speed rural internet is ALMOST here, and it’s ALMOST cheap.  You can get a reasonably good satellite signal such as the one I’m using at the moment, almost anyplace unless it’s raining really hard, and there aren’t any raccoons sitting on the dish.

However, an estimated one in five American households still doesn’t have access to high-speed Internet.  The Obama Administration made proposals to extend broadband to the public at large.  Not unexpectedly, this effort was battled by those telecom companies who currently enjoy virtual monopolies for which bringing cheap, fast internet access to the public would not be in their own best interests, and of course by those congressmen that these companies own.

Look for this log-jam to break up in the coming months and years as consumer groups join the fray and satellite speeds multiply.  When every little farmhouse has the bandwidth to match that in Redmond, companies large and small will start to appreciate the savings they’ll enjoy by not having to provide real estate (desk space, restrooms, kitchen facilities, parking) for workers to occupy while in the firm’s employ.  (Like many companies, Homestead.org hires free-lancers for tech work, most of whom live in private, rural locations.)  There are those who would say that relying on outside employment isn’t exactly the essence of self-reliance, but unless you’ve inherited your homestead, working for The Man may be a necessary evil to achieve your goals.  Connectivity makes that possible of course, but it also allows you to become The Man yourself.

Perhaps next time Prudence will point out that you no longer have to give up a high-paying profession just because you live hours from the city.

I expect that everyone has a lot of fond memories of the era of the mom-and-pop stores that used to populate small-town city squares in the days before Walmart.  Yes, everyone knew each other, and there was a greater feeling of community, but the truth be known, Mom and Pop were kind of lousy at managing inventory, and the breadth of their selection was usually limited to their ability to finance that same.  In short, there were a lot of things you couldn’t get, and if you could get them, it wouldn’t be at the lowest price possible.

Now that Walmart has crowded out Mom and Pop, and Amazon seems to be intent on crowding them Walmart.  Not only does online shopping save you money on the initial cost (shipping costs can be minimal, perhaps free), but for rural residents, you also save the cost of driving into town.  I’m constantly amazed to see FedEx or UPS schlepping 18 miles into the country, then down our 3/4-mile driveway, sometimes just to deliver a single envelope or one tiny package.  We may be relying on a large, monopolistic corporation, but we’re saving time, money, and carbon emissions.

Ever have a long commute?  If it’s a daily affair it can be pretty gruesome, but suppose you could read, watch television, or even sleep while you drove?  You’d then probably be willing to find a much longer commute acceptable.  The result of that would be that people will be willing to live further and further from the inner city.  By making a longer commute possible, maybe even pleasant, wanna-be homesteaders will be more able to hold onto a better-paying job longer while they pay-off the farm.

Rural land prices will continue to rise because of this, but auto sales could suffer as more and more people choose to dial up an automated car when they want to leave the farm—sort of a Robo-Uber; a personal bus on a course that you chart for yourself.  Who needs a driver’s license; who needs insurance; WHO NEEDS A CAR?  You depend on outside forces to pick you up and deliver you, but you save the substantial costs of owning a private vehicle.  Use the money you save to buy a tractor instead.

COMING SOON: The Reign of Renewables

Coal is dead.  There are just a few coal companies, and the politicians they own, who are still in denial over the fact.  The number of people employed by the mining industry has been shrinking steadily for years as the number of jobs in other energy sectors has mushroomed—most notably wind and solar.

Perhaps you’re thinking, “What’s less expensive and more environmentally friendly than having your own solar photovoltaic system?”  How about being connected to a grid, so you don’t have to replace your batteries every few years?  Some rural electric co-ops already produce power cheaply enough that it becomes difficult or impossible for their members to justify the cost of home solar or wind generation units, even at today’s low costs.  If current plans to replace coal power plants with natural gas and renewables come to fruition, we could expect to see these costs drop even lower.

Some homesteaders can be in denial also, those who heat with wood.  Yes, we all agree that it smells great, and provides a lot of heat for not so much money, but let’s get real: wood-smoke is an air pollutant, and folks with respiratory problems shouldn’t use it.  If you buy wood, you may be paying more for heat than you’d pay for a cleaner solution, and if you cut your own wood, all that time and effort comes at the cost of other work that you’d be doing otherwise.  Will homesteaders continue to heat with wood even if they can get electric heat that’s cleaner and even cheaper?  I think a few will, but typically the lower cost, cleaner solution will prevail.

COMING SOON: The Best of Both Worlds.

Still insist on making your own? You may be in the market for a Powerwall battery from Tesla®, the state-of-the-art electric car company.  Tesla’s founder Elon Musk—also the driving force behind PayPal® and Space-X®, says that “The issue with existing batteries is that they suck.  They are expensive, unreliable and bad in every way.”

Tesla’s solution integrates with the grid “to harness excess power and give customers the flexibility to draw energy from their own reserve.”  The batteries offer smart recharging, saving money by picking low-rate periods when electricity is cheapest.  They store solar energy for later, for example overnight, and act as a back-up in the event of a power outage.

Today, most homestead home-power generation solutions, by necessity, only supply enough power for the bare minimums (a few lights, maybe a stereo and/or a bit of refrigeration) but the Tesla Powerwall offers 10kWh units for $3,500, so you might have enough power for heavy-duty desktop publishing, a server farm right there on the farm, or, dare I suggest it, air conditioning.

Homesteading, of course, is here to stay, in fact, all these new innovations mean that more and more people in the 21st century will have the means to escape their conventional employment and move to rural areas previously beyond their reach.  The purists will probably scoff because newbies won’t have to endure some of the hardships that went on earlier, but the population as a whole will become more rural and more self-sufficient, even if they have to rely on a few crowds and clouds to arrive at that point.