Sunny or Windy: Which Suits Your Alternate Energy Needs? 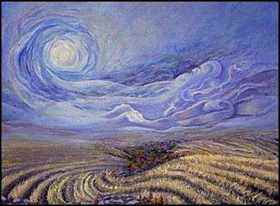 Each homesteader reaches a point in his research where it is decided that an alternate energy source is necessary due to location, thrift, or the need to get off the grid.  However choosing between the available options can be a daunting challenge, especially when tens of thousands of dollars may be spent.  Our two major options are solar power in the form of photovoltaics and wind power.

Solar power, also known as photovoltaics (PV), is one of the most prevalent forms of alternate energy.  Photovoltaic panels can be installed relatively easily, are non-polluting (at least in use), quiet, and most importantly, very reliable if the weather cooperates.  However they require controllers, batteries, inverters, or specialized appliances, and for the price, they don’t generate nearly as much power as wind.

Wind power is also a very common form today.  Wind generators generally produce more power for the price, a higher level of power, day and night, even in inclement weather, and generally produce four times as much power as PV—but it must be windy.  If you live in an area where a light breeze only pops in once a month, it will not be your best choice.  Most wind turbines achieve maximum power at around 24 – 28 miles per hour of wind.  They also require a tower that can be quite high, depending on local ordinances and propeller diameter.

Before we go any further, let’s explore the technologies and manufacture of both options that may be of interest to the environmentally-conscious homesteader.  Solar cells can be produced in a rather nasty manner.  Semiconductors are made of extremely exotic blends of elements to achieve maximum efficiency and even more exotic elements in the future.  These can include heavy metals and polluting plastics (used during manufacture).  However, the fine folks that put these together understand the need to lessen the impact on the environment and take great steps to minimize any danger.

Wind power, on the other hand, uses some very conventional materials in construction.  Imagine the same generator that is inside your gas or diesel gen-set, placed on top of a tall pole with propellers mounted to it.  Copper, steel, and aluminum will make up the motor.   Many blades are carbon-fiber these days, and some are even made of wood.  You will need a large tower on your property, anywhere from 20 or so feet to upwards of 100 feet for some large units.  Taller or shorter towers are in use depending on the need of the turbine.  There is also the factor that some birds, for some unknown reason, fly into the propellers of the spinning turbine and are killed or maimed.  This doesn’t seem to occur often, but it does happen infrequently.

Batteries: when you want to think of a nasty way to store electricity, this is it.  The most common battery in use has lead plates inside a plastic shell filled with acid.  They don’t last all that long and must be replaced once the life of the battery has passed.  On the upside, batteries are always recycled when you bring a batch in to exchange for new ones.  Other batteries include some more exotic types such as gel cell, calcium lead, and lead antimony to name a few.  Also, you may need a lot of batteries, big batteries, with prices ranging from $80 or so to upwards of a thousand dollars.  The more you pay, the more power it can store, and the longer it will last.

Now that we understand what goes into the bits and pieces that will make up our systems, it is time to look a bit further into the systems themselves.  Each system requires some of the same elements.  The source (PV or wind turbine), charge controller, batteries, DC appliances or inverters, wiring and supporting hardware such as battery racks, fuse systems, and wiring.  In the case of solar you will need racks to hold the cells; with wind, you will need the tower.

To set up a solar system you will need the cells themselves which can range in price from $80 or so, all the way to several thousand for the big boys.  On the plus side, they will require little maintenance and last for 20 years or so.  A secure and sun-drenched locale is also needed with sufficient support structure.  (A few 2X2 pine strips nailed to keep them down isn’t sufficient.) Then you will need a charge controller, the batteries, wiring, and either DC appliances or an inverter.

The power that comes from that plug in the wall is known as AC.  This stands for alternating current and is sinusoidal in nature (it goes up and down really fast).  The power that your solar cells will generate is DC, direct current (one flat level).  The power goes from the solar cells into the batteries, still DC, to the inverter.  The inverter converts the power into a usable AC waveform.  On the downside, inverters aren’t perfectly efficient (85% is average) so you will experience some losses.  The alternative is to purchase DC appliances which are sold through specialty sources.  You won’t need to convert your power to use these but they are more expensive.

A bit about electricity and safety: Electricity will kill you if you are not careful.  The most dangerous form of electricity is the AC current that comes out of your sockets.  It oscillates at a rate that is low enough that your heart tries to match it, fibrillation, and your muscles lock onto it so you can’t escape.  DC isn’t as dangerous but can still inflict painful burns and even kill you.  Always treat it with utmost respect.  If you don’t understand what you are doing find a qualified expert to do it for you.

One of the most important aspects of a solar system is exposure to the sun.  Unless you live in a desert you will need to worry about placement.  In general, homes in the U.S.  should place the solar cells directly south at an angle equal to the latitude.  Also be sure to place the cells in an area where no shade will spill on them during the day, this can significantly reduce the amount of power it produces.  Unless diodes are used between cells, then not a worry, but these are more expensive from the factory.

If you live in northern Minnesota, PV may not be your best choice.  The Department of Energy produces a wind map which will show you if you live in an area where wind turbine can work effectively.  This map will show two power ratings, one at 10 meters, and the other at 50 meters.  Now remember, this is an average, you may experience higher or lower levels, but if this area experiences average winds higher then 10 MPH you may have a site that can generate power cost-effectively.

In addition to a turbine, you will need a tower.  These guys can be quite pricey and extremely expensive to install.  Some of the small towers are stand alone, most use guy wires (like on radio towers) to support them.  The largest and most expensive are usually installed professionally, require concrete pads and a crane or two.  So our focus will be on smaller towers that can be done with the help of several friends.  Explore various companies kits and see how they recommend that it be installed, each system differs but these folks are very helpful when it comes to questions.

Placement of the turbine and tower is also very important.  They work best in a place where no turbulent air flow can get to them.  Without getting into fluid mechanics we will go over the basics of turbulence.  Place your hand into a sink with water and bubbles in it.  Move your hand quickly from one side to the other; you can see eddies, surges, and dead zones.  Air reacts in much the same way.  If you have a small tower, and it’s not far from your barn the air flow can be quite turbulent and reduce your efficiency.  One question that you must be pondering is what about really high winds?  Most turbines have protection to keep them going even if the wind is really blowing hard.  Some of the best turbines are rated to exceed hurricane force winds, but even so, contact your insurance company and see if your landowners or homeowners insurance will cover any destructive losses.

The ideal situation calls for a bit of each.  You install both a wind turbine and have a solar system.  Some really great technologies make that possible today, including PV shingles and roof coverings and stand-alone turbine towers.  Other more exotic technologies are hydropower, Stirling engines, geothermal power, ocean power and the ever-present quest for fusion.  As time goes on, these technologies will either drop in price or become a reality.

No matter what choice you make, it will be expensive, and it will take time and effort, but in the end, you will have a self-sufficient system that can supply you and your family’s needs.  So do some searches on the ‘net for companies who sell and install systems, ask on the various forums, talk to people that have systems on their homestead and start working towards being self-reliant and preparing for high energy prices.

Here are two sites/brochures from the Department of Energy (.PDF format)