Throwing in the Towel: How to Move to the Country Fast and Cheap

Home /Construction, Land, Retirement/Throwing in the Towel: How to Move to the Country Fast and Cheap 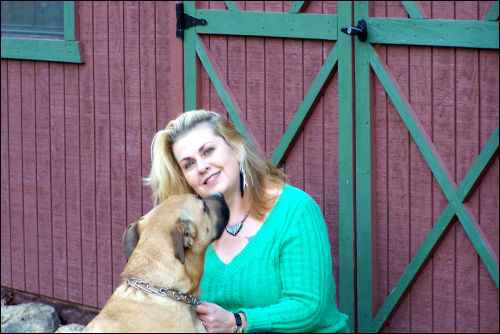 “For I, methinks, till I grow old,
As fair before me shall behold,
As I do now, the Cabin small,
The Lake, the Bay, the Waterfall;
And Thee, the Spirit of them all!”

~William Wordsworth, “To a Highland Girl”

Have you ever thought about just throwing in the towel to modern society with all its stresses and frustrations?  Have you wondered, perhaps while sitting in a traffic jam, or contemplating the inequity of the pay scale at your job, if you couldn’t get by better by just telling them all where to get off and taking complete control of your life?

I’d like to tell you about someone who did just that, and, incidentally, about how easy she makes it all look.

Gia was working for the City Hall of Cincinnati, Ohio as a clerk and typist.  She made enough money to almost stay up with the bills and she had a little free time on the weekends to engage in the things that she really cared about, but overall, she thought she was just treading water: getting up every morning to perform pretty much the same tasks as the day before and duplicate for the thousandth time the day she’d duplicated yesterday.

She was making a living, but she wasn’t living all that much, and the only career advancement going on around her were the careers of the politicians she was working for.

“I hated my life”, she says simply.

Once, on a whim, she’d started a contract to buy five acres of land out in the Missouri woods, which she had paid off over ten years, but she’d never really had a plan of what she wanted to do with it.

Still, she and her son, Anthony, always made a joke about someday running off to the Ozarks even though her whole life’s experience and that of everyone in her family had been decidedly urban—that is, there wasn’t a farmer or a forester in the bunch.

Then one particularly bad day, it just all got to be more than she wanted to tolerate any longer.

“I just realized how pointless it all seemed.  I hated my job, my dog had just died, I lived in a crappy apartment in a crappy part of town, and I wasn’t getting any of the things I’d been working all my life to get”.

That’s when she started thinking about that five acres in the Ozark woods.  She realized that even though she wasn’t in what would generally be considered a position to retire, she did have a few assets that she could put together that might make an escape possible.

First, obviously, she had the land.  It was paid for and, like small rural plots most places, the taxes were minimal, especially since they were based on the price she’d paid years before.

She also had a reliable vehicle to drive that wasn’t too expensive to operate, and since the property was only four miles from town, driving into town once or twice a week wouldn’t amount to a lot of money in any case.

Then, after a bit of investigation, she discovered that, if she quit her job, she had a small bit of disability income coming from all those years of paying Social Security taxes.  It wasn’t much, but she’d earned it and she figured she didn’t need very much if she didn’t have the expenses associated with employment: commuting to work, rent, utilities, dressy clothes, make-up, nylons, gifts for co-workers and all the other things that living and working in the city were costing her.

But you can’t just move out into the woods, can you?

Well, as it turned out, maybe she could.

How to Move to the Country Fast and Cheap

She already had a small retirement account.  This she supplemented by opening up her apartment to the neighbors who were invited in to buy anything they wanted and within a few days she’d put together a few thousand dollars and was off to the Ozarks.

She set up temporary residence in a budget motel and hired a bulldozer to clear a spot on her property.  Then the bulk of the cash went into a 12 x 20 portable building which was delivered to the property one rainy afternoon and, just like that, she had a cabin in the woods.

So there she was, a bit muddy and cold, but with no more than that, she’d already escaped the city and the job she hated.  She had a roof over her head and the rest of her life in front of her.

Before we go any further, I want to make it clear that Gia is no androgynous, hyper-butch macho-woman.  She’s “strictly a female female” as the song goes.  She’s also quite competent and inventive.

Over the next few days and weeks, she installed three 15-watt solar panels on one end of the building which provided her with electricity to run a few LED lights and a fan for the warmer weather.  This cost about $300 including the lights and fan.  Gia says that she runs the fan constantly in the warmer months.

She bought several rolls of fiberglass insulation, and stapled it inside the wall studs, then covered that with 4×8 sheets of paneling which she also stapled in place.  She stapled a plastic film over the fiberglass above her sleeping loft and ceiling and stapled a “pretty” cloth over that.  This all cost around $800 and she put down a self-adhesive floor and, to brighten the place up a bit, painted the exterior of the cabin for another $250.

So as to eliminate the need for plumbing, she bought 4 seven-gallon plastic water containers and devised a composting toilet system.   Finally, she brought in a small, ventless propane heater for $200 which was more than sufficient to heat her tiny Tara and she was ready to forever abandon, “Cincinnati, civilization, pavement and my flat-screen TV”.

All told, she thinks she has about $5,500 in the cabin, and she invested another $2,500 in a reliable four-wheel-drive Chevy S-10 Blazer to be certain that she could get out in any emergency.

As things stand now, Gia is living comfortably, although she’s still making improvements to her situation.  The cabin features a sleeping loft, which she says stays warm and cozy all through the coldest nights, even as the lower floor cools down. She divides her cooking between three methods: a charcoal grill, a single propane burner, and a small camp-stove burning Sterno.

She manages her refrigeration with a large Coleman cooler, and by not using a lot of meat and other items that have to be kept cold.  This is an area where she’s less satisfied, and she’s looking into propane refrigerators but for now, it does the trick—especially in winter when she doesn’t need to buy ice.

She gets her water for free a the park in town and gets her garbage picked up by a local company for $14 per month.

As I write this, Gia is starting her third winter on her property.  Most of her expenses go to groceries for herself and her two dogs.  “This is a life that I can maintain indefinitely on a very small amount of money,” she told me.  “You could do this with what you’d make from a part-time job”.

She’s made a deal for a second portable building, a used one this time, which she plans to turn into a solar bath-house.

Perhaps this isn’t the lifestyle for everyone, it probably helps that Gia considers herself a bit antisocial, or as she puts it, “I don’t do people”, but she was quite hospitable when we visited, and the ease of her lifestyle is readily apparent even to the visitor that’s only been there just a short time.

The key to it all is starting with the portable building, and a life that is more like camping out until, over time and with the addition of a few small comforts, that evolves into a permanent lifestyle.    Best of all, it’s available to most anyone of any means so long as they have a genuine desire to get out of the city and live a life for themselves.

This is Gia discussing how it feels to not have to drive to a job every morning.

Would a Portable Building Work for You?

Portable buildings are available almost everywhere and provide a quick way in out of the rain.

They may be clad in metal, wood siding, or wood, or plastic, and while they’re usually “shells” finished on the outside with bare stud walls inside, you can also buy them with any degree of interior completion you may want.

Many builders market them under rent-to-own programs with no down payment and terms that pay-out, usually over three years.  Sizes generally range from 10′ X 16′ to 14′ X 40′ and monthly payments from $50 to $200 for shells.

Here are a few photos of the different styles we found available.