Home /History, Myth and Legend/Peboan and Seegwun (Winter and Spring) 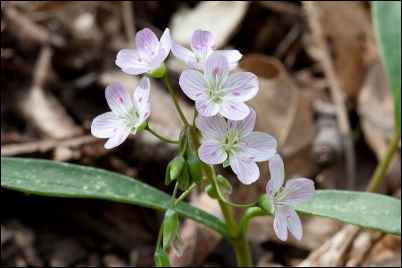 Peboan and Seegwun is a Chippewa allegory.  This is another example of one of Jane Schoolcraft’s translated stories that found it’s way into Longfellow’s The Song of Hiawatha.  In this case, the storyteller Schoolcraft is translating is her mother, Ozhaguscodaywayquay.  Here we are shown the beauty and reverence of the Chippewa vision of life on earth.

An old man was sitting alone in his lodge, by the side of a frozen stream.  It was the close of winter, and his fire was almost out.  He appeared very old and very desolate.  His locks were white with age, and he trembled at every joint.  Day after day passed in solitude, and he heard nothing but the sounds of the tempest sweeping before it in the new-fallen snow.

One day, as his fire was just dying, a handsome young man approached and entered his dwelling.  His cheeks were red with the blood of youth, his eyes sparkled with animation and a smile played upon his lips.  He walked with a light and quick step.  His forehead was bound round with a wreath of sweet grass, in the place of a warrior’s frontlet, and he carried a bunch of flowers in his hand.

“Ah, my son,” said the old man, “I am happy to see you.   Come in.  Come, tell me of your adventures, and what strange lands you have been to see.  Let us pass the night together. I will tell you of my prowess and exploits, and what I can perform.  You shall do the same.   And we will amuse ourselves.”

He then drew from his sack a curiously-wrought antique pipe, and having filled it with tobacco, rendered mild by an admixture of certain leaves, handed it to his guest.  When this ceremony was concluded, they began to speak.

“I blow my breath” said the old man, “and the streams stand still.  The water becomes stiff and hard as clear stone”

“I breathe,” said the young man, “and flowers spring up all over the plains.”

“I shake my locks,” retorted the old man, “and snow covers the land.  The leaves fall from the trees at my command and my breathe blows them away.  The birds get up from the water and fly to a distant land.  The animals hide themselves from my breath, and the very ground becomes as hard as flint.”

“I shake my ringlets, ” rejoined the young man, “and warm showers of soft rain fall upon the earth like the eyes of children first opening in the morning.  My voice recalls the birds.  The warmth of my breath unlocks the streams.  Music fills the groves wherever I walk and all nature rejoices.”

At length, the sun began to rise.   A gentle warmth came over the place.  The tongue of the old man became silent.  The robin and bluebird began to sing on the top of the lodge.  The stream began to murmur by the door, and the fragrance of growing herbs and flowers came softly on the vernal breeze.

Daylight fully revealed to the young man the character of his entertainer.  When he looked upon him, he had the white visage of ice of Peboan.

Streams began to flow from his eyes.  As the sun increased, he gradually grew less and less in stature, and anon had melted completely away.  Nother remained in the place of his lodge fire but the miskodeed, a small white flower, with a pink border which is one of the earliest species in a northern Spring.

Ham, Cheddar, & Chive Scones
There is Only One Way, DAMMIT, to Pronounce Missouri!