Be It Hereby Resolved: We Will Never Lamb in January Again.

Home /Livestock/Be It Hereby Resolved: We Will Never Lamb in January Again. 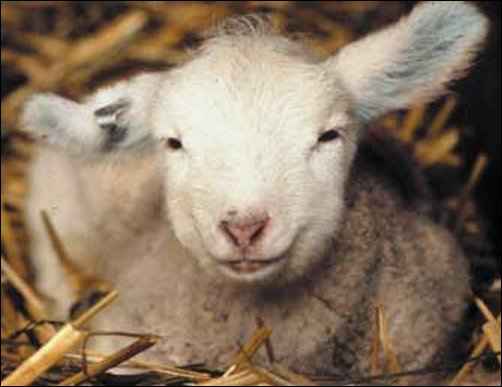 January – the beginning of a new year, the time for resolutions intended to make the coming year better than the last one, at least in some small way.  I have tended to avoid the making of resolutions as they seem in many cases to set the bar for my improvement higher than I, being vertically challenged, can reach.

This year is different.  This year I know exactly the resolution I have to make, the resolution I need to keep in order to both maintain my emotional well-being as well as my physical survival.  That resolution echoes in my head each day as I trudge through the frigid Dakota cold, wind blowing through the layers of clothing that have transformed me into an unidentifiable mound, heading yet one more time to the barn to check the welfare of the lambs that have already been born and, hoping to find that, if there have been new births, they are strong, clean, and nursing from a mother who had the presence of mind to stock enough groceries for her new family.

I groan my resolution aloud once again: never, never again will we lamb in January!  I know that my neighbors who have sheep usually plan to lamb out their older ewes at this time of year, planning ahead for their young, first-lamb ewes to lamb later in the spring, at a safer, more sensible time.  They all tell me that having lambs born at this time of year allows them to take them to market in time for the highest prices, generally at about Easter.  It does make some sense, I guess.  But marketing one’s lambs is contingent upon keeping them alive at this most desolate time of the winter.

We did NOT plan this to happen this way!  It was an accident:  the horses rubbed open the gate to the pen where our bucks had been quite content…until then.  It had shade, plenty of grass and water.  The temperatures that day reached well in excess of 100 degrees F.  It was silly of them to venture away from it, but they are, after all, sheep.  Had we chosen to herd them all in, simply to sort out those two bucks, we would have risked having them all die of heat stroke.  The only other option was to allow nature to take its course and try to deal with the consequences.

I trudge over hard-packed snow banks carrying my damp, gangly little towel-wrapped bundle.  I have tried to shelter it from the piercing wind by swaddling it in one of the old soft towels kept in the barn just for this eventuality.  I zip open my own jacket to perhaps provide another layer of protection.  As the chill wind strikes me, I cringe knowing the stress this tiny one is enduring upon entering this world.  It’s long legs kick out of the towel, but I press it closer as I trudge toward the warmth of the kitchen, where the wood stove has made cozy the corner that will become this fragile creature’s home.  The bundle becomes very heavy as I try to force speed from my feet clad in clumsy insulated boots.

“Will he make it?  Will this lamb survive?  How about his twin that is still in the process of being born?  Will the mother be able to tend to his sibling soon enough to avoid its also needing my assistance?  Oh, is he still alive, still breathing?  Keep fighting, little one!”

Once in front of that wood stove, I place my bundle on the floor and begin my ministrations.  I rub him almost roughly with the towel in which he was wrapped, hoping to stimulate blood flow to warm him while I also rub away the mucous and dry him.  Steadily I rub, watching for signs of struggle, signs of promise.  As I scrub away the yellow, slimy, cold residue of his time in his mother’s womb, the tiny curls of his wool appear.  Though his eyes are still closed, I am encouraged when I see his mouth opening in a search for life-giving warmth and nourishment. I slip a fingertip into his mouth hoping that he responds with an instinctive sucking, hoping that my fingertip finds a warm tongue rather than an icy cold one. Oh, he tries to raise his head!  His little hooves make rubbery sounds on the linoleum.

As with any living thing, his immediate needs are simple and imperative.  He needs to be warm and he needs to be fed.  I know he will probably not be ready to welcome the rubber nipple that will bring him his first meal.  He hasn’t yet reached that point.  As I leave him to prepare that precious meal, I call to Hap, “Come take care of the baby.”  Happy is a mature Lab, spayed before having had the opportunity to mother her own babies.  She has learned to devote herself to patiently licking, cleaning, and stimulating a lamb until, hopefully, it is capable of facing its new world.  She seems to instinctively know when it is a futile effort, as well as when she has succeeded.

She looks up from her labors only briefly, and then returns to a kind of care that I, a mere human, cannot give.  There was a time when she was less than patient with a non-responsive lamb.  She would nudge, and then perhaps pick it up by one of the loose folds in its overcoat hide, lifting it and seeming to try to set it on its feet.  It would, of course, fall in a sort of loose pile.  It really didn’t seem to be a very encouraging way to approach the situation, though I have seen ewes use even more demanding ways of trying to get a lamb to respond.  She has been reprimanded for this method, though, and no longer uses the drill sergeant tactics.

As I am preparing the lamb’s first meal, I remember our old dog, Skippy.  Her unfailing instincts with lambs saved so many who would otherwise have died.  There had been a large rug just inside the kitchen door where I would place the chilled babies who were often no longer even able to shiver.  She would curl herself carefully around them, sometimes even tending a set of twins, cleaning and warming them with her tongue.  Skippy, too, was a Lab.  She was born to hunt, but she put aside those drives and skills to nurture.  I still marvel at the instincts of animals where helpless babies are concerned.  Would that we humans could all be so selfless!

Finally, I thank Hap for her work and take the bundle from her to my lap.  I am not assured of any positive outcome until I see this lamb nurse.  Its first meal will not be its mother’s colostrum, but a specially made concentrate that will give him a strong start, while avoiding too much of a shock to his delicate digestion.  A bottle lamb’s first meal is a rather heroic undertaking and does not appear to be very gentle at times.  If the sucking does not take place immediately, which is often the case with a newborn that has been chilled, it is necessary to get that warm milk inside where it can work to raise his core temperature.   I avoid using a feeding tube if I possibly can.  This lamb looks as if he has been sufficiently warmed and will take to nursing… after some encouragement.

While I tease his tongue into its instinctive sucking action, I check the lambs who already nestle in their little pen in my kitchen.  They have learned to use a bucket with clever nipples that won’t leak milk onto the floor.  They are content and all seem to be breathing normally as they sleep piled over and around each other.  Each time I feel the lamb swallow, I have hope that he will be able to join the others.  They have names:  Fred (the first one is always Fred), Fritz, and Caesar (see Shakespeare’s quote, “From his mother’s womb untimely ripped”).  These names have a purpose in that they make it possible to refer to a specific lamb and its welfare.  Perhaps this enclosure, with its warm absorbent rugs, its cozy glow from the heat lamp, doesn’t quite reflect any picture from a home decorating magazine, but it holds life and promise.

My new unnamed foster child has slowly consumed about six ounces of milk.  I place him on the floor so he can try to assemble his legs into some type of working formation.  Those hooves weren’t designed to function as efficiently on smooth linoleum, but he stands!  A few thumping steps later, he is sprawled with all four legs pointing different directions, like a wooly startled spider.  He tries again, and this time he takes the familiar stance and….leaves a puddle on the floor.  I can’t help grinning as I reach for the ever-ready mop.  Now I know that “both ends are working”.  He is now a member of a very special little family.

I feel once again that I have been blessed with the opportunity to be a part of a miracle.  The outcome isn’t always so rewarding, but, for this moment, I am elated.

Never, never again will we lamb in January.