Letters of a Woman Homesteader 9: A Confession

Home /History/Letters of a Woman Homesteader 9: A Confession 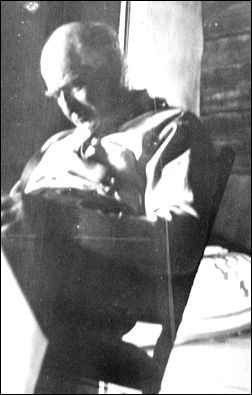 I find upon re-reading your letter that I did not answer it at all when I wrote you. You must think me very indifferent, but I really don’t mean to be.

My house joins on to Mr. Stewart’s house. It was built that way so that I could “hold down” my land and job at the same time. I see the wisdom of it now, though at first I did not want it that way. My boundary lines run within two feet of Mr. Stewart’s house, so it was quite easy to build on.

I think the Pattersons’ ranch is about twenty-five miles from us. I am glad to tell you they are doing splendidly. Gale is just as thrifty as she can be and Bobby is steady and making money fast. Their baby is the dearest little thing. I have heard that Sedalia is to marry a Mormon bishop, but I doubt it. She puts on very disgusting airs about “our Bobby,” and she patronizes Gale most shamefully; but Gale, bless her unconscious heart, is so happy in her husband and son that she doesn’t know Sedalia is insulting.

My dear old grandmother whom I loved so much has gone home to God. I used to write long letters to her. I should like a few addresses of old persons who are lonely as she was, who would like letters such as I write. You know I can’t be brief. I have tried and cannot. If you know of any persons who would not tire of my long accounts and would care to have them, you will be doing me a favor to let me know.

I have not treated you quite frankly about something you had a right to know about. I am ashamed and I regret very much that I have not told you. I so dread the possibility of losing your friendship that I will never tell you unless you promise me beforehand to forgive me. I know that is unfair, but it is the only way I can see out of a difficulty that my foolish reticence has led me into. Few people, perhaps, consider me reticent, but in some cases I am afraid I am even deceitful. Won’t you make it easy to “‘fess” so I may be happy again?

Your card just to hand. I wrote you some time ago telling you I had a confession to make and have had no letter since, so thought perhaps you were scared I had done something too bad to forgive. I am suffering just now from eye-strain and can’t see to write long at a time, but I reckon I had better confess and get it done with.

The thing I have done is to marry Mr. Stewart. It was such an inconsistent thing to do that I was ashamed to tell you. And, too, I was afraid you would think I didn’t need your friendship and might desert me. Another of my friends thinks that way.

I hope my eyes will be better soon and then I will write you a long letter.

Your old friend with a new name,
Elinore Stewart.

10. THE STORY OF CORA BELLE