Humidifying Your Homestead for a Healthier Winter

Home /Health and Diet, Housekeeping, Lifestyle/Humidifying Your Homestead for a Healthier Winter 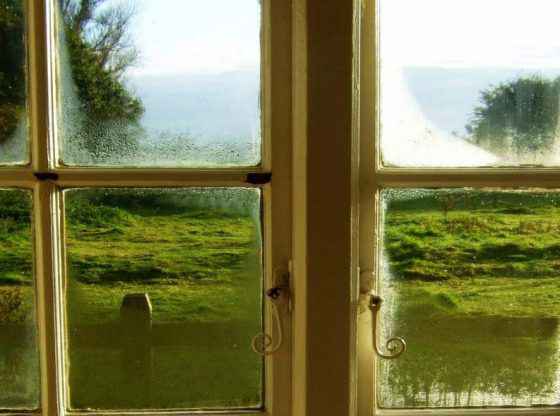 The subtitle of this article could be “Don’t Do What I Did.”  Well, don’t do what I did wrong, anyway, just do what I did right. It may get a bit muddled at first because we’re talking about reality—but you will soon understand. My purpose is to guide you to the best ways to avoid some typical winter illnesses and complaints (colds, sinus infections, sniffles, itchy skin, scratchy throat) with… plain water.

When my husband came home recently from a four-day trip into ice-bombed northern Ohio, he was pitiful. He had suffered a sudden, ghastly nosebleed followed by a sinus infection that, to hear him sniffle out the story, was the worst ailment anyone ever endured in the history of the world. I was surprised to learn that the doctors he had seen had only one suggestion as to the cause of his woes: DRY AIR.  He’d hit -0 super-dry air head-on as he proceeded farther and farther north and then come back to our North Carolina haven where we were also experiencing unusually sustained freezing conditions.

Hubby, who was still thinking logically despite his nose being filled with cotton (he swore the doctor called it a tampon) was convinced that our cozy warm little 1,200-square-foot homeplace was perpetuating his illness. He understood, being of a more scientific bent than I, that nearly all forms of central heating (ours being an oil furnace) consume the moisture in the air. Though I am no scientist, I could grasp that fire eats water, the two elements being natural enemies in most circumstances.

So, though we’d never tried to do this or even considered it before, our task was to produce more water in the air the fight off the fire roaring out of the heat vents.

So, in my rush to get Hubby well and house filled with water, I made my first mistake. I forgot the remedy that grannies have been teaching us for ages for a stuffy nose: Treat immediately and directly with a bowl full of hot—STEAMING—water. It’s a simple fix, a natural, easy way to provide for that first burst of bubbly, health-giving H20. And it’s also good science. Fill a big bowl with near-boiling water, maybe throw in some mentholated ointment (or essential oil) as that is known to help open our internal airways, lean your face as close to the water as you can stand and cover your head with a big towel to keep the steam from escaping. Then—breathe deeply. And have a few tissues at hand for the resulting deluge of phlegm.

Always try Granny’s steaming bowl always as the first line of defense. We did not because we were intent on solving the generalized problem of dry air in the house. And the steam bowl on its own will not do enough.

In trying to make the whole house drip with moisture, I made my next mistake. It was perhaps forgivable, but I really wanted to do something right that minute to save my Hubby from a sinus apocalypse. So—I rushed out to the nearest big store and spent our hard-earned money on a

couple of room humidifiers. They weren’t terribly expensive and were even kinda cute. But. About 24 hours after purchasing them, as Hubby was getting better and I had the time, I began to dig in and do some serious research on free, time-honored methods for creating steam. That’s when I realized I could have done without those cute room steamers entirely.

The only item that should be bought if you don’t already have one is the humidity meter also known, properly, as a hygrometer. To quote Wikipedia: “A hygrometer (/haɪˈɡrɒmᵻtər/) is an instrument used for measuring the moisture content in the atmosphere. Humidity measurement instruments usually rely on measurements of some other quantity such as temperature, pressure, mass or a mechanical or electrical change in a substance as moisture is absorbed. By calibration and calculation, these measured quantities can lead to a measurement of humidity.”  The purchase of a hygrometer was Hubby’s idea and it was a good one. Hygrometers are small, inexpensive, and very valuable in the struggle against overheated, dry air. The one Hubby purchased is battery operated, has an easy-to-read screen, is magnetized to fit on a fridge or in our case, on the backside of an iron pot. It displays room temperature as well as the humidity level. The median level to shoot for is between 35 to 45 percent humidity. Since our house air was showing a far lower reading than 35 except in the room with the cute steamer, we were now proactive humidity detectives. Hubby was still snuffling, and we knew we had to do more.

It was Hubby who instituted the system of the great big giant pot on the stove. We have a large kitchen that opens into two other rooms, so the big pot steaming away in the center of the kitchen was a major moisture contributor. And it was free.

One night, Hubby even boiled potatoes in it!

By now I was madly looking up and trying traditional methods of humidifying instead of relying on what the stores were trying to sell. I saw that—of course, du-uh—we could put small bowls of water on our heating vents. Ours are flat floor vents, and though I worried that the bowls might block some of our heat, it seemed like a very reasonable small intervention, worth trying. And free.

That’s when I discovered another home remedy for watering the house. Crockpots, or slow cookers, are more energy-efficient than stove burners and will put out a steady cloud of steam for hours, needing little attention except refilling. We have four crockpots. Again, only minimal cost involved.

Of course, we had to face the fact that all the water we put in the air had to come from somewhere. Refilling various containers, sometimes using the water purified by our ten-year-old fridge, and sometimes by the gallon from the tap, became a twice-daily task.

As Hubby’s condition improved, steadily I’m happy to say as we fought the dry air on every front, we came across other time-honored humidity-enhancing strategies. For instance, we already had house plants. These little darlings help restore moisture in the air. I have had a row of them on a kitchen window for as long as I can recall, mainly to look pretty. Now I saw them as water bringers. Keeping their thirsty roots satisfied will always assist in putting droplets back in the air, even as the sunlight, even the pale sun of winter, does its job.

Another practice I had already instituted, without knowing it would help in humidifying our home, was air-drying some of our clothes indoors on the bitter cold days instead of mushing out to the clothesline or consigning them to the dryer. Wet towels and garments on radiators or a small clothes rack near a heat vent, or small towels or washcloths placed over floor vents—all put more free water in the air.

I learned that even such a simple solution as putting damp sponges around the house, on or near radiators or heating vents, can contribute to the cause. A wet sponge in a plastic bag with holes poked in the bag is another virtually free humidifier. If you have curtains that catch the sun, spray them with water. If you have a dishwashing machine, open the door during the drying cycle or immediately after the drying process is finished, as this will release a nice steamy vapor.

Obviously, your kitchen is the best water production site in your home, with the best possibilities for humidity creation. But what it giveth, it can also take away. Oven use sucks moisture out of the air bigtime, so if you have no choice but to bake during the coldest, driest times of the year, put a pot of water on a back burner. The warmth of the oven will help make moisture even if you don’t turn the burner on.

The second best watering area is the bathroom. Leave bathroom doors open during and after bathing and showering. Leave your bath water in the tub for a few hours until its heat is gone (not recommended for families with small children, please!). If you have a ceiling fan, turn it on during these times to distribute the moisture.

Most doctors and all grannies concur that cold dry air somehow generates the colds and flu that beset us so much more frequently in the winter. It’s observable—I sure observed it in my pitiful phlegm-tormented spouse—even if the precise reasons aren’t known, even by those smart science geeks. Some research states that cold air makes it harder for our immune systems to operate, others that colder temperatures provide a breeding ground for rhinoviruses (no, not viruses carried by rhinos, but the viruses that cause that dreaded and so far incurable disease, the common cold). So even in this modern era, no matter how smart we are, colds and flu are still a mystery, creeping into our lives in the harshness of winter completely beyond our control.

What we can control is how we react, and now that we know that Humidity Helps, I’m sure we will gladly fill the pots and jugs and spray bottles and whatever it takes to keep our houses full of bubbles, and our hygrometer ticking along at the ideal setting. And luckily, nearly all of what we can do, and should do, is free, practical and easy.

After three days of fighting the dry air and encouraging the moist air, Hubby is well and strong, and feeling like playing the dobro again. And that makes Wife-o want to sing!

Rudolph and Company: A Portrait of the North American Reindeer
Poor Man’s Greenhouse