Fight Back! Save Money on Prescription Drugs

Home /Frugality and Finance, Health and Diet, Herbs/Fight Back! Save Money on Prescription Drugs 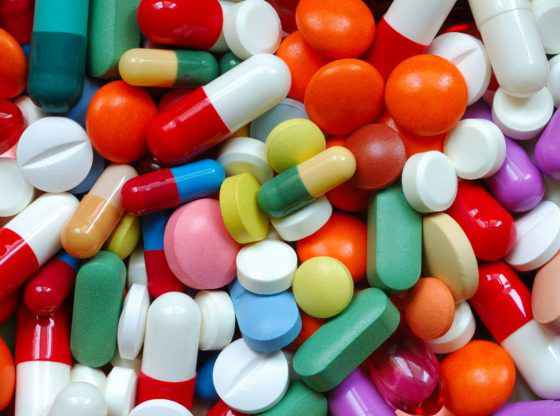 In 2007, Americans spent five times as much on prescription drugs as they did just six years earlier.

Worse, there appears to be no end in sight as health care takes a rapidly-increasing bite out of everyone’s budget.

However, you don’t have to choose between medication and groceries just yet, there are still ways you can save as much as thousands of dollars per year over what  you’re now spending on pharmaceuticals.    Here are several ways I’ve found to save money on medicine and even to improve my health a bit in the process.

In all likelihood, you are the person most concerned with your own health.  If you have not already done so, you need to recognize the fact that ultimately you are the one who will benefit or suffer from the health decisions that are made.  You owe it to yourself to know as much as you can about your own health and not just blindly abdicate your responsibility to your doctor.  Your physician is your consultant and advisor, but you are the one whose health is at stake.

When your doctor prescribes a new medication, you should understand what it is, how it works and why you need it.  You should also determine what side effects to expect and how this drug interacts with other medications you may be taking.  There was a time when this was quite difficult, but now you’ll probably get a handful of paperwork from the pharmacy with each prescription where you can get a bit of information, and much, much more is available online.

Knowing something about your own health can save you money, as well as saving your health.  Recently, I was being treated by a new doctor who mistakenly prescribed a second month-long session of what I knew to be rather dangerous steroids.  When I suggested I thought this was a repetition, the nurse assured me that it wasn’t.  Had I just assumed they knew what they were doing and taken the medicine, I would have needlessly taken a drug which would be of no benefit, while paying for an additional month of therapy I also didn’t need, which in my case means at least two days wasted meeting appointments in, and driving to the city.

Tell your doctor that you are concerned with the cost of the drugs he is prescribing.

The first step is to let your doctor know that what you pay for drugs does matter.  This may sound elemental, but in the American Health care system, most of your doctor’s patients probably do not concern themselves with the cost of their prescriptions because their insurance will be picking up the tab.

Drug companies actually pay doctors to prescribe certain drugs, generally the newer, more expensive ones.  Studies have shown that drug company sales representatives have influenced doctors to select newer drugs despite higher costs and greater safety concerns, and it has been noted that programs exist, or have existed, where trips, dinners, cash and free drugs given to doctors were used to promote the use certain pharmaceuticals.  This is not to say that your doctor is being subjected to any of these inducements, only that these practices are not uncommon.

You should tell your physician that you’re paying your own way and if a cheaper prescription works just as well as a more expensive one, then you’d prefer to pay the lower price.

When patent protection expires on a drug it may be sold generically at a considerable discount, less both patent royalties and marketing expenses.  On average, brand-name drugs are three times more expensive than generic drugs

You can save hundreds using generics.  Sixty percent of all prescriptions written are for generics and more are becoming available every day.

In some cases, such as hypertension medications, there are dozens if not hundreds of generics available, so if you have a reaction to one, you can easily switch to another.  I have had to switch my blood-pressure medications numerous times, but I’ve always been able to find a substitute on WalMart’s $4 list.

Currently, I use 20 mg. of generic Lisinopril, but if I bought the same drug as Zestril, it would cost me $59 per month or more.

Also see Consumer Reports Best Buy Drugs which is a public education project. It will help you talk to your doctor about prescription drugs, and find the most effective and safe drugs that also give you the best value for your health care dollar.

Many medicines cost about the same per pill no matter the dosage, so if you may pay about as much for a 20 mg. tablet as a 10 mg. one.  If you get your doctor to give you a prescription for half as many of the larger tablets then split them in half, you’ll get the your correct dosage for about half the price.

It’s important to remember that health care in America is more of a business than a public service.  Pharmaceutical companies put most their advertising dollars into the products that make them the most profit, many of which don’t work any better than cheaper alternatives.

An article in the Journal of the American Medical Association found that patients who asked their doctor about a particular drug by name were more than five times as likely to have that drug prescribed to them than those who didn’t.

Don’t forget that the very fact that you see a medication advertised on TV means it probably costs more than others.

This disclaimer is printed on most Canadian pharmacy websites: “The FDA, due to the current state of their regulations, has taken the position that virtually all shipments of prescription drugs imported from a Canadian pharmacy by a U.S. consumer will violate the law.”

Even after you’ve converted all your possible prescriptions to generic, there, you may still have some medications which are only available as brand names in the U.S.

As an example, Albuterol inhalers sold in America by Glaxo-Smith-Kline under the trade name ProAir HFA cost $57-63 each for 200-metered doses.   Whereas the same drug manufacrured by CIpla under the name Salbutamol and the trade name Asthalin, costs $10 for  through Canadian pharmacies.

Even if no generic versions of a drug are available on the American market, consumers in other countries, such as Canada, can buy the same branded medications for considerably lower prices than are charged here for three reasons.

First, drug companies have less liability in Canada versus the United States because Canadians are less likely to sue pharmaceutical companies than are notoriously litigious Americans, and because Canadian courts tend to award plaintiffs lower damages.

Second, the Canadian government puts a ceiling on the amount pharmaceutical companies can charge, and the provinces have the power to negotiate with the companies in the public interest.

Finally, and most significant, American drug prices are higher for the same reason that a can of Coca-Cola probably costs considerably more in Beverly Hills than it does in Bobo, Mississippi.  That is, American prices are higher because Americans have abdicated their power to negotiate to the insurance companies, who do not have a direct interest in keeping drug prices down; if prices go up, all they need to do to stay profitable is to raise their rates, as we see happening so frequently these days.

The FDA warns that they have not approved medicines coming from Canada.  That, of course is true.  The $10 Asthalin canisters are made by Cipra in India, whereas the ProAir $57 canister is produced by Glaxo-Smith-Kline, a Belgian company about whom, on the day of this writing, a Senate report has just said that GSK knew of possible heart attack risks tied to its FDA-approved diabetes medication,  Avandia, years before such evidence became public.

A couple of years ago, the regular blood test that I take showed my cholesterol has higher than it should have been.  At the time, I accepted my doctor’s prescription for one of the statin drugs, which currently have a very good reputation for controlling plaque build-up.  Even though this was a $4 prescription and caused no side-effects, I don’t want to take any more medicines than I absolutely need to in any case.

Since that time, my wife and I have altered our diets considerably—away from meats and fats toward fruits and vegetables—so recently, with my doctor’s approval, I stopped taking the statin for a couple of months and had my cholesterol checked again, this time to learn that my cholesterol was staying under acceptable levels without the medication.  That saves $4 per month and makes for one less drug to possibly interact with the rest that I take.

It is absolutely imperative that you not just decide that you can’t afford your medicine and you stop taking it in favor of some other remedy.  That’s just not smart.

On the other hand, there’s nothing very smart about taking medicine you don’t need either, so if you think you may no longer need a medication, don’t hesitate to find out, cautiously and with your doctor’s approval.

Using these techniques, I’m actually spending less on drugs than my co-pay and premiums cost me before I lost my ability to make a profit for Blue Cross and thus lost my insurance.  All it takes is a little caution and common sense.