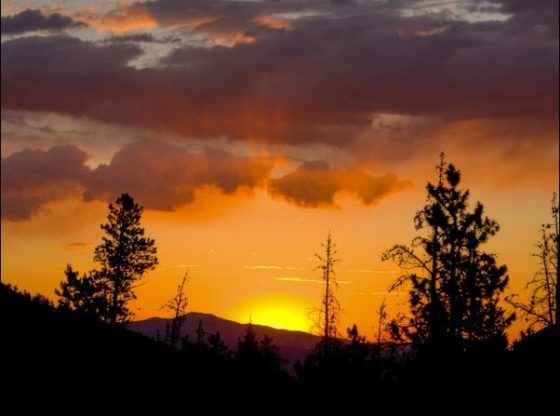 “The Blue Goat” homestead is located in Anderson County, Texas.  This is East Texas, where the Trinity River makes a series of tight turns about halfway between Dallas and where it pauses for a rest in Lake Livingston before finishing its journey to Galveston Bay on the Gulf of Mexico.  This corner of Texas, tucked into the towering pines, is where early Spanish explorers first met the local natives who called themselves Tejans (meaning “friendly”).  However, having no natural resources of interest to the Spanish, namely gold, they quickly left and did not return for over a decade.  For me, however, this corner of Texas contained exactly the natural resource most precious—peace and quiet.

The first morning in October 2011, I awoke to a cacophony of sounds.  First and most obvious was the crowing of the numerous roosters all competing for preeminence.  Beyond that were frogs croaking into the early morning before the rise of the yellow sun burned away the misty roof over their small pond.  Then came the squeak and rattle of my neighbor’s truck and trailer bumping over the uneven, rutted surface of the yellow dirt road as he headed off to an early morning job as a welder, towing his heavy, clanking gear behind.  I pulled back the curtain to see the receding taillights muted by the heavy plume of dust agitated into action by his fat, dual rear tires. “I guess I’m awake now.  Might as well make some coffee,” I thought.

I opened the back door for my first breath of freedom from the choking stress and smog of my “yesterday’s life” in Dallas.  Cool, misty, wet air met my nostrils and touched my face with a sweet breath.  The first hint of dull light streaked the air on the horizon.  The grass stood still, dark with only specks of reflected yellow light from my open door bouncing off their dew-drenched blades.  I couldn’t help but chuckle at my fortune.  I couldn’t see the land I owned but I could feel it’s expanse opening across the valley floor, hugged on each side by heavily forested ridges, protecting and containing my joyous land.  “SHREEEEEEE!!!!!!” the teakettle on the stove screeched out its need for immediate attention, startling me out of my bliss.  I turned to attend to the noise before it woke my wife.

Ten minutes later, I settled into the rounded bottom of an old, wooden armchair, strategically positioned facing East, ready to welcome my first day of bliss.  Where Emily Dickinson’s “ships of purple” attend the setting sun in the evening, my morning view was of phantom violet mountains on a blanket of rose.  Great purple peaks, so believable as to make me think I lived in Colorado, slowly faded and shrunk in stature as they were overcome by red then orange and finally the great yellow orb which instantly filled the sky with light, turning the entire dome overhead to azure in a blink.

The cool light revealed the heavy autumn mist that filled the entire valley, low slung as if the thick cloud’s only vice was its fear of heights.  As the coffee in my cup slowly disappeared, so too did the blanket of mist.  When I stepped back outside with my second cup of relaxation, the promise of heat from the sun’s rays had turned to reality, taking the damp chill off the air.  Now, more than the roosters were stirring in the coop.  The hens began attending their primary duty of scratching at the yellow earth, uncovering morsels like manna brought in on the light of the moon.  Behind me I heard my own hen shuffling toward the coffee pot, opening the cabinet, the click of ceramic against the Formica countertop.  It was time for me to head back inside to begin my scratching as well.

Now, five years and 1,500 sunrises later, the valley holds no less awe for me.  The sky most of all, with its lavender peaks in the morning, the clouds and storms that roll across the valley busily on their way to more important places, followed by Dickinson’s ships of purple and finally the flowing river of the Milky Way Galaxy at night.  Look, a streak of stardust burning its way down, hoping to land in my valley.  Come, little stardust.  There’s plenty of room for you.