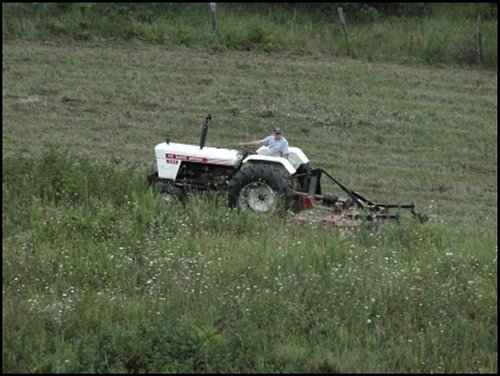 Like most Americans, I find it very relaxing on occasion to take time away from my regular work to do something at which I’m not really competent.  That’s why I haven’t been in the office too much lately, and why I have been out in the back meadow on a tractor bush-hogging.

This is an annual ritual.  After it starts to frost regularly each year, I begin bush-hogging the place.  A

I think that it’s truly a shame that everyone doesn’t have a little spot of ground that they can use for their own senseless passions.  It gives me a warm glow inside to know that all the neighboring ranchers must surely think that I’ve lost my mind insofar as many of the species that I’m trying to encourage are the same ones that they spend their time and dollars trying to eradicate. 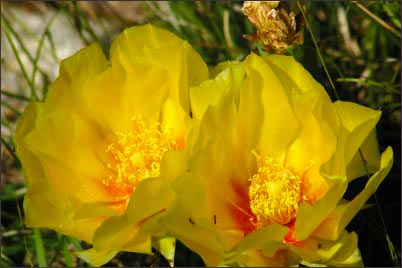 100vw, 402px" />Take, for example, Prickly Pear Cactus, which makes a gorgeous, lush yellow and red flower.  To me, the fact that it’s also covered with blood-thirsty spikes and spines that can actually deflate a truck tire, only adds to the charm.  I’ll never forget the look on my father’s face when he first saw the huge bed of them that I’d planted in the front yard.  It was easy to tell that the sight of his own flesh and blood cultivating and fertilizing a noxious weed that he’d spent the last forty years laboriously ripping out of the ground with a short-handled pick was a truth that he was not really ready to accept.

Besides the opportunity it presents to annoy people, bush-hogging gives me a chance to be outdoors when the weather is really nice doing something that at least FEELS productive where there’s no heavy

There’s a story that’s often told locally (as though it were the truth) about the city fellow who, on being told that he needs to get a bush hog to clean up his new property, confidently asks what sort of fence you need to keep a bush-hog in.

Well, anyway, as I say, everyone should have a little piece of ground on which to express themselves.  There’s something satisfying about having a place where things get done precisely the way you want them.

The Good, the Bad, and the Ugly: Country Neighbors
Thyme is on Your Side (Yes, it is!)