Buy Rural Property as Soon as You Can

Home /Land/Buy Rural Property as Soon as You Can 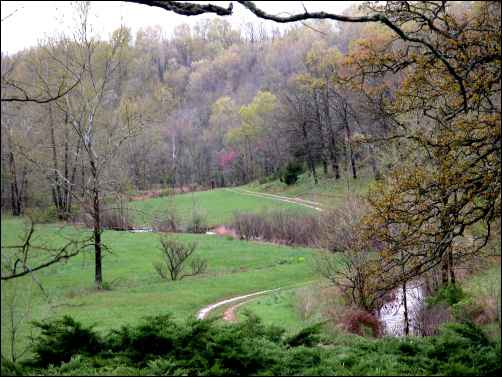 “Buy land. They ain’t makin’ any more of the stuff.” ~Will Rogers

Those scheming a city-break would do well to buy rural land as soon as possible.  Diminishing supply and increasing demand are pumping prices of the most desirable country property.  While stratospheric city prices max out their markets, rural prices are still refreshingly low—but are moving upward, especially in areas within commuting distance to collar county workplaces.

In country-chic places, prices are moving as fast as leaves in a tornado.  Ron Powers, in Far From Home: Life and Loss in Two American Towns shows how dollar-burdened buyers such as Henry Kissinger have disfranchised natives from Kent, a small town in northwestern Connecticut.

Wily Will’s wry observation quoted above was made more than sixty years ago.  (Many of Will’s observations were wry.  Some were pure corn.  Few were whole wheat.)  Not only is there a finite amount of land, but quality rural property is also disappearing as fast as ice cream at an August picnic.  Cropland, pastures, woods, and civil war battlefields have been targeted for or are already becoming roads, shopping centers, office buildings, factories, airports, and theme parks.  Penturbia replaced suburbia as the home choice of Americans in the 1970s.  In the first half of this decade, 1.6 million Americans moved from urban to rural places.  All of the big cities but New York City are losing population while three-quarters of all rural counties are gaining.

Demand for rural homes is accelerating due to both urban conditions and rural opportunities.  The quest for ideal life in the information-overload age finds many Americans desperate for basic peace and safety for themselves and their families.  Public school conditions have made homeschooling widely utilized.  Cities have become unmanageable.  Even weather seems to be signaling change.  Natural and manmade disasters are reported ad nauseam by mainstream media.  Each earthquake, fire, riot, bombing, murder, or rape heads more wagons for the hills.

Gold fever has been replaced by green fever.  Baby boomers are rejecting corporate servitude and in-city-ous frenzy for country home businesses amidst scenic vistas.  Burned-out corporate climbers of all ages are repotting themselves in small towns and small acreages.  For many, the current consciousness is phooey on big incomes with high price tags—let’s live better on less where the financial and psychological costs are sane.  Property far beyond the sidewalks is increasingly seen as a superior place.

Many inconveniences of rural life have been overcome.  The interstate highway system is intact.  Electric and telephone service reaches into the boondocks.  Beyond the power poles, affordable independent home energy systems, cell telephones, and satellite receivers make even mountaintops habitable and those living there conversant with the world.  Communication clouds have evaporated.  This is being written in a wild Ozarks hollow and can zip through phone wires to a faraway editor’s computer in moments.  Unless a thunderstorm threatens to zap the fax/modem, in which case I will unplug, read a book, and transmit tomorrow.

New commercial centers are growing in collar counties, those semi-rural counties beyond the suburbs.  Boards of directors are moving both factories and corporate headquarters to rural settings where land prices, taxes, regulations, and wages favor the bottom line in an increasingly competitive world marketplace.  And a safe rural setting is where CEOs, managers and workers alike increasingly choose to live.  Think of the huge Saturn plant that General Motors built in tiny Spring Hill, Tennessee, or the billion-dollar plant that Intel built in Rio Rancho, New Mexico, despite ardent courting by California politicos.

Celebrities are also trendsetters and for two decades they have been buying and moving to rural venues.  High-profile country property owners include Robert Redford, Ted Turner and Jane Fonda, Oprah Winfrey, Paul Newman, and Tommy Lee Jones.  Robert James Waller made enough on The Bridges of Madison County to live anywhere he wanted—he chose a thousand acres in West Texas. Of star-grazers, only Barbra Streisand seems stymied—Manhattan absolutely refuses to sell Central Park and large acreage is impossible to find in the Yonkers of today.

For many rural wannabes, the dilemma is financial timing—when to sell the ranch for gold and buy a cabin for copper.  In some regions city prices have become so high they are unaffordable for most and especially for young families.  It is certain that such city and suburban prices will eventually plateau and fall while adjacent rural prices continue to rise.  Local economic and social conditions create price movement. Southern California homeowners who once had huge equities have seen that paper fortune fly away.  Observe conditions in your community and use your common sense to judge the right time to move.  This is one of those areas where it may be dangerous to rely on so-called experts.  Have some fun.  Call a real estate agent and ask if it’s a good time to sell.  Have a friend call the same agent the next day and ask if it’s a good time to buy.

Is a house more important to you as a short-term investment or as a long-term haven for your family?  Many of us judge money far less important than clean air and water, safety, community, low stress levels, and high freedom levels.  One plan many urban and suburban dwellers use is to buy a place in the country but put up with city conditions as long as they can.  Buy rural property as soon as possible, make payments, then move after the rural property is paid for or when city prices appear to have peaked.  City-pay still averages higher than rural income, so land payments are less strain with city bucks.  Identify your ideal place and buy your piece of rural America as soon as you can.  As Will said, they ain’t making any more of the stuff—and city conditions sure ain’t getting any better.

How to Save Money on Taxes by Homesteading