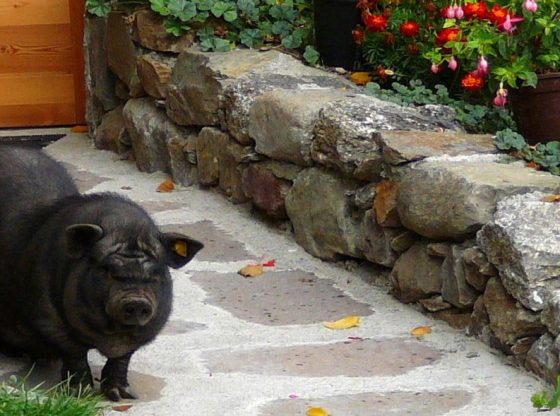 I wasn’t sure how much a pair of potbellied pigs would amount to when I responded to the “free pigs” ad on Craigslist, but I assumed it wouldn’t be much. I wanted some pasture pets for my daughters. Ones that, if they became more trouble than they were worth, I could spitroast while assuring my girls that Wilbur and Charlotte (the most inventive of pig names, I’ve been assured) had run away. Much to my amazement, this couple of tubby critters made a visible dent in our homestead finances. 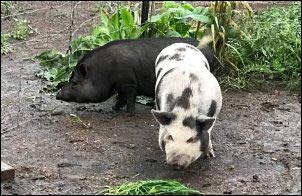 The pigs quickly became the easiest animals in the pasture. They didn’t yell like the goats or fill cages with poop like the rabbits. They ate, they ran around, they came up for the Serenity-Homestead-famous piggy-scratch, and were just great all around. The problem: they were costing in feed and refusing to cover the bill.

Looking at the cost, I wanted bacon. I would have taken it out of their hides, but, honestly, the oinky girls were too precious. “Okay,” I thought, “what these ladies need is a love interest.” So, I bought Pumba (my naming schemes could use some work) for $40 from a local, overcrowded farmer.

Pumba grew fast. In a couple of months, he was making his move. An inappropriate move that resulted in two litters of squealing, delicious, little bacon seeds three and a half months later. By the time summer arrived, so had the piglets. I’d spent the $40 on Pumba and around $100 on feed. Not much more than that by the time they were weaned.

Pumba had his own pen, as did each of the ladies. The pens cost me whatever I used in nails. I was able to source the fencing material for free in the form of pallets. 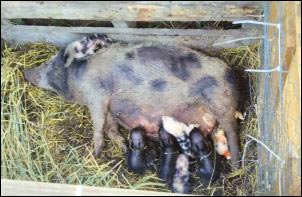 I was sitting on eighteen piglets. Not a gold mine, but a nice little bonus. I decided to sell twelve, fill out the rest, and stuff them in the freezer.

One thing that makes potbellies my homesteading pigs of choice is their size. When my pigs fill out, they tend to stand between 100 and 150 lbs. They’re easy to string up and butcher. If you can’t butcher these animals yourself, they aren’t worth it. It’s easier than it looks and you’ll save yourself a locker fee, which breaks you even on a good day.

There’s enough lard in these six pigs to last me the year with some left over. Since I can’t eat pig for every meal, the freezer never empties. The pigs have now paid for themselves.

As a bonus, we use our extra lard to make soaps and we process the hides to use in our leather-working business. Synergy is a necessity on the homestead. We have now turned our potbellied pigs into a homestead profit. But we have twelve pigs left. It’s time to sell. 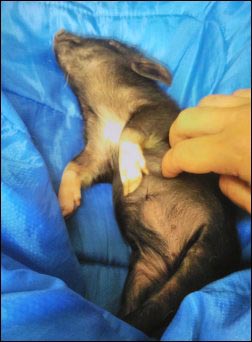 If anyone tells you selling potbellied pigs is easy, they’re lying. Depending on where you live, people might pay you $30 while in other places, they’ll pay $300. Part of this is marketing. Part of this is selling to the right people. The first few pigs I sell are always pets. I train them in-home and buyers purchase a trained pig for $100-300 depending on how much work has gone into them. This includes leash training, litter or outside potty training, and general exposure to make the piglets personable and pet-friendly.

One thing I can’t stress enough when it comes to selling a pet pig is honesty. This honesty, with a capital H-O-N-E-S-T, is going to cost you sales (about 90% in my experience). The average person has been sold on this lie that their potbelly will stay below fifty, or even thirty, pounds. Scammers sell their pigs like this to overcharge and dump oversized-oinkers on people who’ll abandon them to rescues once they outgrow the buyer’s expectations. I tell every customer how big their pig is potentially going to get, I give them the pros and cons of owning a pig as a pet, and I provide them with a list of resources I hope they’ve already visited.

Pet-pig-people don’t want to buy your pig after it gets above a certain age. They want to bond with them when they’re, young for the most part. That’s fine. That’s when the pork eaters come a’knocking. 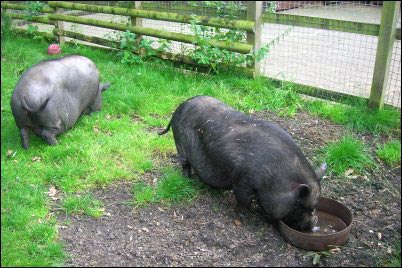 The number of people who think potbellied pigs are inedible is astounding. Why? “Pets aren’t food,” they’ll claim. But the potbelly is a Vietnamese heritage hog and it’ll make your mouth water. Sometimes I’ll sell this Vietnamese heritage pork to restaurants, but the majority of my sales are to homesteaders or private parties who don’t want too much bulk at once. If you’re selling the meat, you need to go through a special inspection process and a certified butcher in most states. Even when selling to restaurants, I suggest selling the hog whole and scheduling a drop at the meat locker. Selling pork chops is too much of a hassle for a small-scale pig breeder.

Worst case scenario—and this happens sometimes—I end up with an extra pig or two in my freezer. Most of the time, I can sell them all, even if I have to drop the price a few bucks. In an average round (one litter from each of my two sows), I make about $1000 on sale hogs, get six pigs in the freezer, lard for soaps, and hides to work with. And I do this about twice a year or five times in two years.

Potbellies are easy animals to take care of. They breed without any prompting and they’re small enough to handle. Best of all, by adding potbellied pigs to your homestead, you’ll be adding a loving investment that’ll pay for itself and you’ll be glad you made it.