Seasons in the Garden: Time Waits for No Homesteader

Home /Gardening, Kids & Family, Lifestyle/Seasons in the Garden: Time Waits for No Homesteader 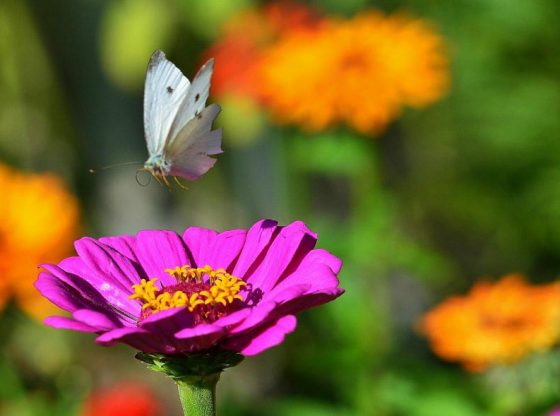 I need some beans to go with dinner so I grab a basket, slip on my muck boots, and head out to the garden. I step over sprawling runaway vines and push my way through damp weeds higher than my waist. I hope there are no snakes or ticks hiding in these weeds! As I duck under the trellis dangling with purple flowers and striped pods I try to remember how long it’s been since I picked the beans. So many of them are swollen and bumpy, evidence of developing seeds, indicating they will be too tough to eat. I pick these anyway in hope of coaxing a new flush of pods from the vines. I will feed them to the goats as a treat later. As I pick, I muse on how quickly the summer has passed, and fret at how thick and tall the weeds have grown. How does a lifetime gardener end up with a garden like an impenetrable jungle of weeds and struggling crops?

This year’s garden began in January. It began with a dream of providing all the vegetables our family of four could eat. Many a frosty day passed in planning summer’s bounty and many a dark evening was spent beguiled by glossy, colorful seed catalogs. This dreaming phase was followed by the much harder task of narrowing down that five-page wishlist to something within budget, mostly. Then as the seeds arrived, like Christmas all over again, I planted them inside so they would be toasty and safe. Each humble grain a promise of future harvests. As the weather warmed there was weeding to do, and soil to prep. There were spring crops to sow, and then to harvest. Salad greens of all kinds, carrots, and peas sprang up in the mild, wet, spring weather.

My garden was flourishing but I was slowing down. My growing baby bump, combined with the fatigue and backache of late pregnancy, made even simple garden tasks challenging. Still, I pressed on determined to get as much done as possible before our son made his appearance. I barely managed to squeeze the tomatoes and peppers among the garlic. (Poor planning had placed them in the same bed somehow; I blame Pregnancy Brain.) I planted flowers and veggies at a furious rate. I tried to keep the weeds in check but it was an effort doomed from the start. The kohlrabi succumbed to weeds and cabbage worms before it ever had a chance to mature. Something kept eating my zinnia and sunflower sprouts though I could never catch the culprit in the act. A crazy goat-kidding season rounded out the springtime homestead chaos nicely.

Then one day on the cusp of summer, our first son was born. Small and soft and perfect, with big blue eyes and a look of perpetual confusion, he immediately stole our hearts. His two older sisters were infatuated. While babies fill our lives with joy, and charm us with their fleeting smiles, there is no denying these tiny, needy bundles of humanity are a whole lot of work! Bringing them into the world is only the beginning. We brought home a little eating machine who wanted to be held constantly and hated to sleep. So I fed him, and we held him, and we slept when we could. Because this is his season.

Meanwhile, the garden waited, but it did not wait unchangingly. The seeds and transplants I had planted grew, but the seeds I had not planted grew faster. The weeds were out of control. I almost needed a machete just to move along the paths. All those packets of heat-tolerant greens I bought for summer salads lay untouched. So much for my succession-cropping plans. My dream of providing all our family’s vegetables was in shambles.

But all was not lost; after all, plants want to grow. The tomatoes I belatedly managed to stake up with my husband’s help began to bloom and set fruit. While titmice, orioles, and other birds came to hunt for hornworms, for which I was grateful, as I rarely had time to do so myself. The okra forced its way through the weeds to send out its exotic flowers and pointy pods. The rattlesnake beans, hardy as always, scrambled up their trellis and were soon decked with an abundance of purple flowers. Cucumbers and melons began to climb the weeds in their search for more sun. Though most of the zinnias I had planted (in tasteful pastel shades) were eaten, self-sown zinnias popped up everywhere luring in dozens of butterflies and hummingbirds with their garish, hot-pink blooms. Swallowtails of all kinds floated in leisurely clouds, while smaller butterflies zipped quickly from one flower to another. Numerous toads, lizards, assassin bugs, and spiders appeared to keep the pest species in check. Grasshoppers, my number one garden pest, did far less damage to my crops than usual, seeming to prefer the weeds. Or maybe they just couldn’t find the crops. And even though the goats broke into the garden a record three times they had just as hard a time finding my plants as the grasshoppers apparently did.

It is not neat or orderly, or even the most productive, but this neglected garden is bursting with life and color. It reminds me once again that the seasons will turn and life will go on despite my shortcomings. That life can continue—and even thrive—in the midst of chaos. It reminds me of my own resiliency to overcome difficult circumstances, and my ability to see the good in each day whether it goes as planned or not.

The baby is growing almost as fast as my weeds. He sleeps longer now and is happy to sit and watch people without being held. I actually stole a few minutes in the cool of the morning to pull weeds today. I almost have a whole bed cleared for fall crops. I am dreaming once again, this time of worm-free broccoli, frost-sweet carrots, tender peas, crisp lettuce, and pungent mustards. After all, there is always next season.

Gold and Silver: Basics of Buying and Selling Precious Metals
Fall Chores on the Homestead: Autumn is Among Us