FarmHer Genes: Is Homesteading in your DNA? 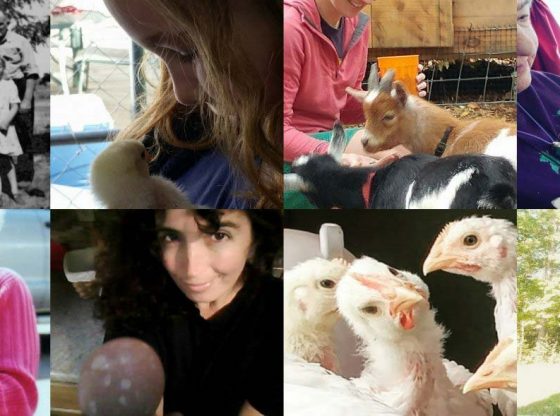 I always felt different than my sisters.  We were all born in a big city, yet I did not embrace city life as they did.  They loved the hustle and bustle, while I forever craved nature

When my sisters and I got our DNA evaluated through a genealogy site it verified what I always felt.  Not only were we different in lifestyle choices, our very DNA was different. 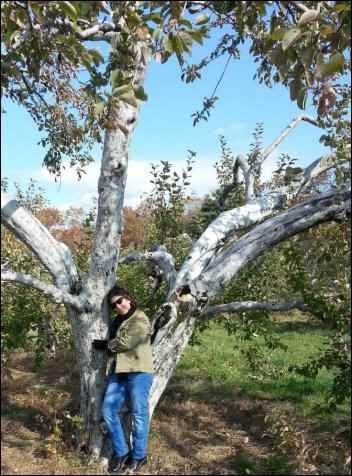 Family-tree research was not far behind.  I started on the branches that my DNA was heaviest: Italian and Danish. The Italian was no surprise (I look just like my Italian mother), but the amount of Danish DNA was very surprising.

I am still untangling the Italian branches.  What I do know is that our family farms in Italy stretch back several generations and were mainly run by the women.  The men in our family took care of the sheep.  They moved them over the mountains to various pastures and walked them to livestock sales.  They were gone for stretches of time.

The women tended to the children, aging relatives, crops, household, and remaining livestock.  Not to mention being at the ready when the men returned from their journeys.

That is a lot of work.

At a very young age, my mother (Maria) along with her sister (Frances), worked on the farm.  They had a donkey named Rosie to help them fetch buckets of water, gather crops. and trade to other families in the hilly region.  My mother opted to quit school in fourth grade so she could work on the farm full-time.

My Italian female ancestors were farmhers by birth, but my mother chose to remain one.  She loved her farm life, away from stuffy schools.

Yet when she moved to America at the age of 16, she had to stop all of that.  She brought her family here one by one.  She worked two and three jobs, renting rooms outside of Boston, until they were finally all here.  She never returned to farming.

My grandmother, however, did not change too much when she came to America.  Her home was my happy place.  I would help her in the gardens.  I would dig my hands in fresh dough when she and my aunts would gather for the weekly pasta and bread making, listening to them chatter in Italian.

I learned how to feed the pets and serve the humans, when to pick in the garden by watching my grandmother.  She taught me so much about the natural world.

My grandmother did not speak English, yet I understood her fully.

On to the Danish family-tree branch.  It was always assumed that my fathers’ Danish genes were passed to my older blonde sisters, but not me.  That wasn’t true.  It was in me, alright… quite a bit.

What I found was—like my Italian branch—not only hardworking farming men but women, too.  More farmhers who I was not only related to, but I could relate to.

The woman I was named after—my second great-grandmother, Mary—is the oldest farmher in the Danish branch so far.  Although I will surely find more as I get better at deciphering the Danish documents.  Family stories state that our Danish ancestors were farmers for many generations.  I believe that.

Mary was born in 1842 in Randers, Denmark, a harborside merchant town established in Viking times.  When she lived in Randers, the fishing industry, glove manufacturing, and breweries were their biggest businesses.  She, however, was a farmer.  She married a farmer, Yens Sorenson.  They had seven children.  Yens passed away in Denmark, yet she continued farming. 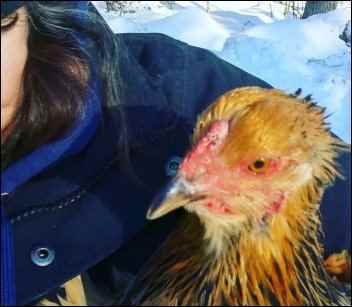 She immigrated to America when she was 66 years old.  She listed her occupation as farmer on her naturalization records.  Not wife of a farmer, or widow.  She told them she was a farmer.

She was 68 years old at the time of the 1910 Washington census. She had bought the land next to her daughter,  Lena.  Mary owned her own land—and she farmed—until she died at the age of 94.

Her daughter Lena, my great-grandmother, married Robert Brock, a farmer from Arkansas.  She raised eleven children in a farmhouse he had purchased.

When her husband went into the military she held down the farm.  When he returned, the farm was thriving.  He built them a new house—on the other side of the property—in 1930.

Instead of buying her flowers, he often brought the seeds of her favorite flower, hollyhocks, which she grew to great heights all over their property.  Throughout their marriage, they dressed up for a date night.  He took her to a local joint, so she could enjoy a meal and consume exactly one glass of wine.  She wore dresses that she made herself.

She enjoyed her life with Robert and farmed with him until she passed away on a Monday morning at 10:30 of heart failure.  She was 61.

I am glad she died in a place she loved.

Robert never recovered from the loss.  He died four years later at a military hospital.  He was buried with his Lena.  If I ever go there, I will plant hollyhocks on their grave.

Their daughter, Mary, my grandmother, grew up on the farm, but at the age of nineteen, she got far away from farming when she married my biological grandfather, a Navy man in San Diego.  My father Kenny was born a year later.  They were not married long.

She almost rejoined the farming world when she met her second husband, Frank.  Frank grew up on a Wisconsin dairy farm, but it’s reported that he gave that up for my grandmother.  Instead of farming, he started a house-construction company and married my grandmother.

And with her, and then my mother, the farming line died on that line.  Until I was born.

I carry on my farmher ancestors’ love of growth, creation, and simple pleasures of farm life and family.  Every time I collect an egg, feed hay to the goats, plant a seed, or want to weep because I’m tired, I think of them.