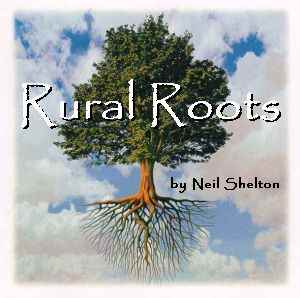 This morning, I was thinking about when I was a kid, about the farm across the river from ours, and about the folks who lived there.

Things were a lot different in my recollection than they are now.  The old-timers of the Ozarks had only a slightly different concept of land ownership than the Native Americans did; that is, land’s only value was what you could produce on it.  Owning six or eight hundred acres didn’t mean that you were wealthy.  I recall that the son of the man that owned the largest single piece of property in the state of Missouri (over 16,000 acres at the time) was one of my classmates.  In retrospect, I can see that the family must have been fairly comfortable, but not the sort of thing you’d expect now.  They didn’t stand out in a small Ozarks community in the early ’50’s.

The farm I was thinking about wasn’t all that large, about six hundred acres, mostly in woods, but there was enough open meadow to make a meager living from a few head of beef and dairy cattle.

From our house, you could see the house and barn about a mile across the S. Jacks Fork valley.  You could see that, and some of the fields, and if it was a clear and quiet morning, you might hear Goldie yodeling as she tended her milk cows.

I used to think that this was fantastic; that a human could make such sounds, and that they would carry so far.  Gene Autry used to yodel quite a bit in those days, but that was on the radio.  Who knew if his voice would carry that far in the open air?

Anyway, I was remembering those folks across the valley, practically the only neighbors I knew until I was six or seven.  They were Bill and Goldie Pringle.

This was during a period when much of my life’s knowledge and experience came directly from Donald Duck.  Nobody in Duckburg was what you’d call “normal”, not if “normal” meant being like Dick and Jane’s parents.  Dick and Jane were such out-of-it, goody-two-shoes losers, compared to Donald Duck.

(The truth is, I hated Dick and Jane and their whole insipid family with a hatred as pure as white-hot molten steel.  In Dick and Jane’s world, everybody was always smiling—these days you’d assume they were stoned—and their idea of big yucks was when stupid Fluff would fall into the sewing basket, or something equally banal.  I still hate them.

Bill and Goldie fit right into my world-view, because they were so much like cartoon characters.  Bill was a short fat little man, about the size of Santa, to my mind.  Like a cartoon character, he always wore the same clothes: a battered old fedora that looked like he’d been born in it, bib overalls with a red or blue bandanna hanging out of one back pocket, and work shoes that usually had open wounds on the sides.  During the winter, or for a trip to town, he might get all dolled-up by adding a blue chambray work shirt and socks.  He always had a crooked pipe which he was always relighting or refilling with Prince Albert tobacco, source of as pungent a smoke as civilized man has ever known.  Somehow, he managed to always have the stubble of beard.

When my father would take me to Bill and Goldie’s I knew that I had to at least feign an interest in whatever the men were doing, otherwise I might wind up spending time with Goldie.

She was a nice enough old lady, I guess, but unlike Bill and most all the other neighborhood cartoon characters, Goldie made it clear that she was very real due to her tendency to hug small children to her bosom.

This in itself was a traumatic experience as Goldie’s bosom was vast and all-encompassing, and frankly not as inviting as the reader might at once suppose.  For if I once found myself plunged into its musky depths where neither light nor oxygen could penetrate, I was stuck there for as long as she wanted to express her pleasure with me.  It was her way of congratulating me for being six.

All of the women in my immediate family smelled faintly of soap and flowers and cookies, whereas Goldie’s being was saturated with cottonseed meal and dust and various cow-odors.

Goldie also wore the same thing every day: a dress made from feed sacks.  This wasn’t raw burlap, but a light cotton material with a small flower pattern. (The feed companies had learned that they could improve sales by offering something for the housewife as well as the livestock.  It was the free software bundle of its day.)

While I was still reeling from my near-death experience, Goldie would set me down at the kitchen table, which usually held the dishes from at least one earlier meal, as well as a large yellow tom-cat who seemed to make it his bed.

There, she would serve me much-too-sweet Kool-Aid and an equally over-sweetened cake/candy substance.

You know how cartoon characters are always doing something completely incredible?   Impossible feats are just a part of their daily lives.  That’s what I always think of when I try to imagine how someone could put so much sugar in something that a six-year-old would have trouble getting it down.

I regret that so much of my life has become real over the last few decades—the cartoon was great while it lasted.

Going Beyond Grape: Oddball Wines to Make at Home
The Devil We Know: Keeping Sugar Off the Table