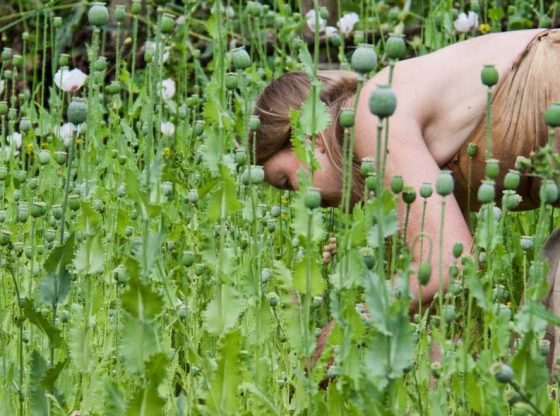 “The Neolithic Revolution, Neolithic Demographic Transition, or Agricultural Revolution, was the wide-scale transition of many human cultures from a lifestyle of hunting and gathering to one of agriculture and settlement…” —Brittanica.com

“The early farmers chopped down trees, so they could grow crops and vegetables. They kept cattle, sheep, and pigs. People began to settle down in one place and build permanent homes. The farms marked the start of a new age in Britain…the Neolithic period.” —BBC

Let’s go back in time.  Before the internet, electronics, and overpopulation.  Keep going.  Before gas lamps, villages, horse-and-buggies.  Keep going.  Keep going.  When we had open lands, fewer people, and the earth was a wild place. Seriously, just keep going for 10,000 years. There. You made it.

The air is pure. The only sounds are wind rustling the grasslands, and animals in the nearby forests.  Scantily clad people are sitting in a clump of bushes—a group of hunters—watching a herd of wild cattle.

One hunter is watching calves suckling their mothers. An idea forms in her prehistoric brain.  What if she took those calves and tamed them?  Kept them in a pen, like the once-injured dog who now lives with the tribe?  She could feed them.  Let them grow.  Then they could eat some of them.  Others could keep making more babies. The tribe wouldn’t have to walk endless miles for game, coming up empty half the time.

But that would require staying in one place longer than a season.

Looking around, she thinks this place would be perfect. Water, ample foraging, trees to build structures, and animals abound. Maybe she could grow more plants than she did in just the summer season.

Say hello. You just met your Neolithic ancestor. One of the first farmers.

The Neolithic period was an exciting time in human evolution.  Humans combined their Paleolithic/Hunter-Gatherer skills with a new lifestyle.  A lifestyle where if they found a place that had everything they needed, they stayed.  They began to call a certain place home.  They began planting roots.  Literally.

I feel that we are again at an exciting time in human evolution.  A time when many humans crave an environment with less manmade items.  To feel accomplishment and joy in growing their own food and raising their animals.  To feel safer knowing where their food comes from.

Like many, my partner and I have combined various living techniques.  We grow and raise the bulk of our food, supplementing with items we hunt, gather, and buy.  We add new items to our “homegrown” list every year, in our quest to be as food reliant as possible.

Like our Neolithic ancestors, the bulk of our diet is poultry, vegetables, grains, meat, fruit, berries, and fish.

When we began living this way it felt totally natural.  I won’t say effortless, as starting a small farm from scratch is a lot of work, but it felt like we were born to farm.

It felt so natural, that I wanted to explore our true ethnicities and family trees.  Genealogy became an obsession as I found long lines of farmers filling our trees. That was cool, but I didn’t stop there.  I found a means to test our DNA further, as in ancient origins further.

What I found made sense of our strong farming/animal husbandry urges.  It made me realize that farming was literally in our blood.

Here’s what I found in my DNA:

I still contained 51% of my Neolithic ancestor’s DNA.  Over half of my being wanted to settle down, farm, create, and grow.  A good portion of my DNA retained hunter-gather, which I also am in tune with.  As far as Metal Age Invader, I don’t necessarily feel a kinship toward that group because I haven’t researched exactly who they were yet.

Another great feature from this DNA ancient-origins site was the migration map.

It was fun to research the many archeological dig sites where my, and many other people’s, ancestors lived.  Talk about a history lesson!

Before researching my Metal Age Invader and Hunter-Gatherer ancestors’ archeological dig sites, I researched my farmer genes.  Without overloading you with too much information, here is an overview of what I discovered.

The Neolithic farmers in my DNA derived from Syria.  They moved west through Istanbul, Bulgaria, and Serbia.  Their settlements were discovered in Central Europe.  My DNA is connected specifically to the Linearbandkeramik culture.  They were the first Neolithic farmers in Europe, who created a very distinct type of pottery.  They were the first farmers to relocate domesticated livestock animals from their homelands to Central Europe.

Another line of my Linearbandkeramik ancestors took another route and migrated through Greece to Central Europe.  They were part of the Linear Pottery Culture.  They stayed close to waterways, where the soil was rich, to set up farms.  They set up small plots—garden style—to grow assorted grains, peas, lentils, flax, and hemp.

They used river mud to make plaster homes.  Swine, cattle, and goats seem to be their preferred livestock.

I also have DNA connections to other Neolithic farmers; the Tyrolean Iceman (Otzi), and Stuttgart, Germany peoples which I am still researching.

The fun goes on and on.  I still have my partner’s dig sites to research as well.

Anyone interested in finding their ancient origins can upload their raw DNA to myriad organizations, and colleges that have conducted (and are still conducting) DNA migration studies.  One should read each site’s privacy policies and DNA sharing information before submitting their own DNA.

To obtain your raw DNA file, make sure you have it done by a site that allows you to download it.  We used MyHeritage.com.

Here are some of the sites I have used to test our raw DNA to validate MyHeritage’s findings ad to find our ancient origins:

FamilyTreeDna.com (I found this the easiest to use)

Hooch and Hell Raisin’: Women Bootleggers
Raising Rabbits: Like Pulling Food Out of a Hat