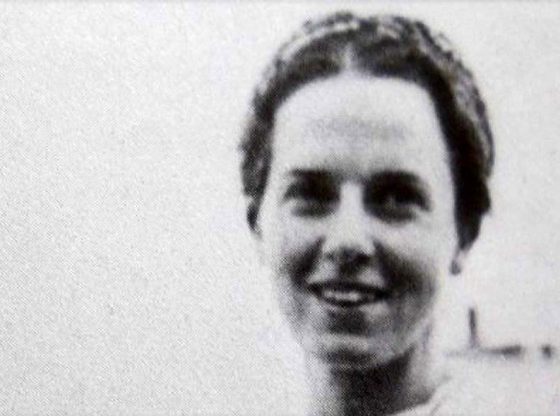 March is Women’s History Month, and it seemed fitting to me that a homesteading woman should be celebrated. The woman I chose was arguably at least fifty percent (maybe more) responsible for the Back-to-the-Land movement of the mid 20th century; a movement that inspired a resurgence in basic homesteading among a small but determined slice of the American population. That woman is Helen Nearing.

Mostly, if you look up Helen, you find “The Nearings” since she is most often commemorated as the other half of a longtime partnership with Scott. But I wanted to invite the spirit of Helen, just Helen, into my cozy, imaginary kitchen, for a nice long chat.

Helen Knothe was born in 1904. Her family was well off, as we used to say, her mother an artist, and they were Theosophists. “Theosophy,” or “God wisdom,” is still an active belief system, with many followers around the world. Helen was affected by its universal outlook in almost every sphere of her life. A probable influence of this creed was that she was always a vegetarian. So deep was this practice ingrained (haha, get it?), that even in the last year of her life she would tell an interviewer, “I can’t imagine nice people eating animals.”

Theosophy also led her to a relationship with a well-known Indian spiritual figure, Jiddu Krishnamurti. His teachings were delivered mediumistically, and Helen sometimes served as his spokesperson. Krishnamurti, who had a large Western following, was in love with the young attractive Helen; but he had taken a vow of strict celibacy, and at some point, they parted ways. By her mid-twenties, Helen had traveled in Europe and Australia, in part to study classical violin. When she returned home in 1928, she met Scott Nearing.

One could say that, for Scott, born in 1883, politics was his religion—he was a pacifist, a socialist, and possibly had an association with the Communist Party as many radicals of his generation did. He was known as a brilliant writer, debater, and speaker, espousing many inter-related causes, one of which later became known as environmentalism. And though about 20 years her senior, he espoused Helen. They lived together for 20 years, then married and remained together until his death in 1983. Scott had many other relationships with women, before and simultaneously with his partnership with Helen, but she alone endured.

After they tied that proverbial knot, Helen, with Scott, began to forge a lifestyle that would garner them the informal title of “honorary grandparents” of the Back-to-the-Land movement.

Because they walked the walk. 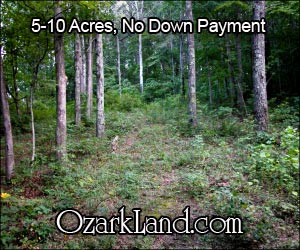 To be sure, Helen and Scott were not the first to propose returning to the land and basic self-sufficiency. They had read the writings of predecessors in the yet-unnamed movement. In the early 1900s, a man named Bolton Hall (Three Acres and Liberty), an Ireland-born American agrarian and thrifty living proponent, was already decrying the inflated price of land (as much as $100 per acre!).  He proposed a plan for “vacant lot gardening” and even went to England to study their system of allotment gardens. Though Hall was anti-communist, he believed that sharing land for community sustainability was possible among like-minded people. Helen felt a special connection to Bolton Hall through his book, Halo of Grief, which gave her comfort after Scott’s passing.

Maurice G. Kains, an American agricultural academic, wrote the classic whose title—Five Acres and Independence—would later become one of the mantras for the Back-to-the-Land movement.  Written from a horticultural perspective in 1935, his book was the first widely publicized homesteading “bible.” Interestingly, Helen and Scott’s last homestead in Maine, Forest Farm, comprises five acres.

But what the Nearings did was different and gave their activities special credibility to a newer generation. I believe that one reason why their work and philosophy gained prominence was that they were a couple—Helen was an equal contributor. It made them seem, well, like family. It made homesteading seem like something a couple could do. It wasn’t just a macho deal. It was as much for strong idealistic women as for their menfolk.

The Nearings initiated their homesteading experiments in the early groaning years of the Great Depression, first in rural Vermont and then Maine. They devised a philosophy that developed with the century, rooted in Scott’s socialist idealism and Helen’s spiritual ecumenicalism. Helen would later say, “We were merely living in a very simple way… we had no money… we grew our own food, cut our own wood and built our own houses, made our own clothes… that was the way things were with us.” But it’s also true that Helen once opined that the “good life”—theirs and that of anyone who acts on the deep impulse to return to simple, basic living—was not so different from what drove the Pilgrims to leave their homeland and settle in the New World: because whatever it was they most wanted to do could not be done in an atmosphere of urban sprawl, urban squall, and government intervention.

The couple launched a bold experiment, putting into practice some of their shared beliefs about how a “good” person—homesteader, activist, communard, pacifist, spiritual seeker, vegetarian, artist—should spend her or his time. They formulated some rules for themselves that still comprise a reasonable, if idealistic, guide to life on the land, dedicated to the acreage but acknowledging the necessities beyond the hedgerow. Their rigorous formula for the optimal use of one’s waking hours might strike present-day homesteaders as needlessly restrictive.  But it worked, doubtless because they agreed about the need for the rules. Together they rigidly practiced as well as preached a daily routine that involved

The professional pursuits included co-authoring their homesteading classic, Living the Good Life, first published in 1954.  Few tomes have had as great an influence on the homesteading explosion of the ensuing decades.  By the 1970s reading the book was virtually a sine qua non for hip homesteaders.  The Nearings were in large part responsible for bringing the word “organic” out of its musty closet and making it part of the parlance of modern life.

For “bread labor,” Helen cooked and canned; Scott and she built buildings, many of stone, including a greenhouse and an outhouse (oh yeah, they were way off the grid); they gardened most of the year and for a time they harvested and sold maple syrup or blueberries for a modest income. The New York Times quoted in Helen’s obituary from a letter she had written: “In November, the rafters in our big country kitchen are hung with braids of onions and shallots, with ears of dried corn, with drying herbs (mint, tarragon, thyme, parsley, celery, sage, and lovage)…of bottled canned goods in the kitchen cellar, we have 160 quarts of vegetable soup and tomato juice, 132 quarts of rose hips, 80 quarts of applesauce, 146 quarts of raspberries, and jars and jars of jam.”

Civic activity included their writing and outreach to maintain a large network of colleagues and followers. They also traveled, mostly in the cold months. Their co-authored book, USA Today, details some of their winter season journeying, speaking to anyone who would listen about their ideals, warning against materialistic and militaristic governmental policies. As described, probably by Helen, they lived for the most part in their car and ate simple meals from local sources. One suspects that Helen kept up with the domestic aspects of the journey, but they both spoke—at Quaker meeting houses, picnics, and private homes. And at least once per tour on their way southward, they visited Washington, DC, which they called the “Dark City.”

Wanda Urbanska, interviewed for my book Generous Fruits: the History of American Homesteading, “cites hearing Scott and Helen Nearing speak in 1974 at the University of Maine in Orono as an early influence on her complex thinking about the idea of ‘simple living.’ Not long after her youthful first encounter with the famed simplicity gurus of the middle of the 20th century, Wanda, while still a student at Orono High School, interviewed the couple for The Maine Times, spawning ideas that led to her life-long public advocacy of the idea.” Again, it is easy to imagine that the young Urbanska was innately charmed by the fact that Helen was Scott’s equal on the podium, a co-speaker (a rarity at that time) who shared both the intellectual and physical aspects of their work.

Helen outlived Scott, though he lived longer. He died at age 100, and she stayed on their farm. Please note that carefully: she stayed on the farm. Alone, but not reclusive. Her later, widowhood photos show a smiling, open face and strong tanned frame. She had many visitors. In fact, she and Scott had put up a sign at the end of their driveway: “We will see visitors from 3 to 5 to help us live the good life.” But Helen didn’t keep those strict hours; her door was always open. 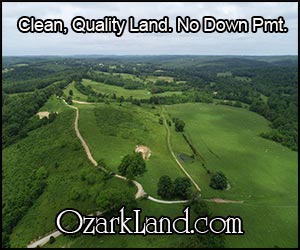 And she continued to can, garden, cook, plan, and write. After Scott’s passing, she wrote Light on Aging and Dying, Loving and Leaving the Good Life, Simple Food and the Good Life, and Wise Words for the Good Life: A Homesteader’s Personal Collection.

Helen Nearing remained feisty, gloriously opinionated, and quite quotable, such as this declaration from Simple Food and the Good Life: “When you are faced with food that has been sterilized, fumigated, hydrogenated, hydrolyzed, homogenized, colored, bleached, puffed, exploded, defatted, de-germed, texturized, or if you don’t know what has been done to it, the safest rule is not to eat it.”

After Helen’s demise, Forest Farm was taken over by a consortium of “Nearing-ites,” renamed and re-purposed as the Good Life Center, offering residencies and welcoming visitors who are brought into the fold by residents ready to tell tales of the Nearings’ “good life.”

On Maine Public Radio at age 90, a year before her death, Helen shared this simple message: “We finally will realize what we can make of our lives and what there is ahead.  The important thing is to be brotherly and to help when we can and to learn all we can…and I think that is coming. I hope the human race will finally learn to do that, and I think that’s our future.”

I would suggest, gently, that had Helen Nearing been born a couple of decades later, she would certainly have said, “The important thing is to be brotherly and sisterly…”.