"> Preparing Bees for Winter: Getting Ready to Get Bees Ready For Winter

Preparing Bees for Winter: Getting Ready to Get Bees Ready For Winter

Home /Beekeeping, Ecology/Preparing Bees for Winter: Getting Ready to Get Bees Ready For Winter 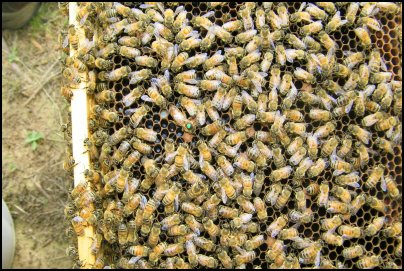 This was article supposed to be something about how honey bees and beekeepers deal with winter and it was to appear in late September, just in time to be early enough to think about preparing bees for winter and actually do something about it before it actually got here, for a change. But Homestead.org wanted something sooner than that. And a late August time frame is a bit too early to be worrying about windscreens, entrance reducers, and adequate ventilation. Criminey, it’s still hot out there. Winter is a cool, damp, distant dream.

Instead, right now is the perfect time to make a conscious effort to begin the too-often-overlooked chore of taking care of the bees, that take care of the bees, that do go into winter. That’s a three-generation leap if you think about it. There are a lot of parallels in regular life that use similar rules. I’ll give you a for instance. Right now the tomato plants in my garden are just beginning to show signs of late blight, an insidious disease that takes out tomato plants later in the summer. If I let the plants go and they collapse and die right there in the garden, all the inoculum that collects on the dead tissues of the plant, now decomposing in the soil, lie dormant for a year or more, waiting to strike next season when the right environment and a host plant are ready. But at the first sign of infection, if I remove and destroy infected plants by burning them, I’ve stopped further infestations in their tracks… my proactive treatment saves future season’s plants, and takes anything resembling a necessary chemical treatment out of the equation. The same goes for fire blight on apple trees. Once observed, it can be removed and stopped from spreading further in the original tree and on to other trees in the orchard. No chemicals needed, and no further outbreaks expected. 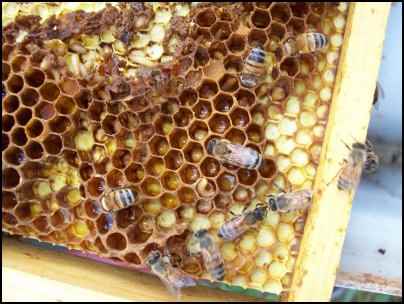 So, too, for your bees. If you do your homework now, before winter, when it finally arrives all the preparation pieces are in place and your bees have everything they need, long before they need it.

Start with making sure the bees in the boxes today are healthy. Of course, the biggest problem honey bees have is that pesky varroa mite. If you’ve been on top of things all summer you have been keeping the mite population in check by routinely trapping and removing them in drone brood; plus, you have a screened bottom board so when a mite gets brushed off a bee it falls through the bottom and away from the bees; and you’ve and dusted your colonies with powdered sugar most every time you have checked the bees all summer long. Those three pest management techniques work remarkably well and will generally keep mite populations manageable in an otherwise healthy hive. The only other necessary task is to make sure that mite population is reasonable…

And here’s where things can get tricky. You need to monitor mite populations during the summer anyway, just to make sure they aren’t getting out of hand, or that something weird hasn’t happened. You do that with a sticky board placed under your screened bottom board. Most screened bottom boards come with a slot under the screen to slide in a piece of cardboard with “goo’em” on it so when mites fall from above, rather than fall all the way to the ground, they go through the screen but are trapped in the sticky on the board, which is below the screen so the bees aren’t trapped in it, too. There are some numbers you can use to gauge the mite population using this device… for a full-sized colony, no more than a dozen mites a day should be caught on that sticky board… maybe 15, but more than 20 and you have a healthy population of mites. 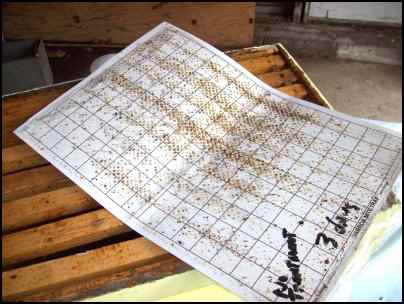 Well, this is the tricky part. Do you treat that colony with one of the soft essential oil mite treatments to knock down the mites so there aren’t as many in the colony going into winter? Or, do you grit your teeth and restrain yourself because, dang it, those bees were supposed to be survivor bees, or Russian bees or hygienic bees or… well, they were supposed to be resistant, or tolerant, or… remember, you bought them so you wouldn’t have to treat, right? So, don’t treat. The battle is on and it’s bees vs. mites. If the bees win, you win. If the mites win… you buy more bees. But you’re not breeding queens here, you’re just keeping bees.

Long story short, if you purchased bees that were supposed to be tolerant or resistant to mites and you find you have more mites right now than you should, my advice is to use a soft treatment and knock down the population… even tough bees can use the help, and if you keep it short you won’t be messing up your bees or the nest they have… err on the side of helping. Like removing that tomato plant… get the nasties out of there.

Now if you are breeding bees, or tomatoes, that’s an entirely different story… your eradication policy will be entirely different… but most of us are consumers, not producers… and keeping them alive is important.

If you’ve been visited by small hive beetles already you know you have them. Populations build slow all summer, but begin to explode right about now, especially if you have a colony that’s small… say a split or a nuc… or one that’s weak because of other problems. If you have beetles, and you haven’t been trapping them, do so now. There are a variety of traps on the market that are somewhat effective, and some that are simply expensive. Go for those that are a frame or fit between frames as they tend to be the easiest to use and least expensive. There’s a new model about to come out this fall that’s disposable I’m told, and costs about a buck. I’m waiting with bated breath for that to show up. Small hive beetles can destroy a weak colony between now and winter, and make life miserable for a strong colony, and you when harvesting. Get those traps in. 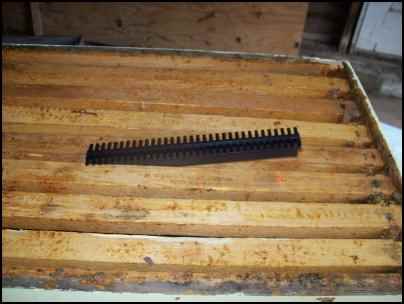 The rest of the story is pretty straight forward… clean up any lingering problems, but especially American foulbrood (if you find it, burn it is my policy, but some colonies easily handle small outbreaks. However, at this time of year that can be a dangerous call) and you’ll have a healthy colony.

But what about food? Yes, this has been shown of late to be as, or even more, critical than mites in the ongoing health problems our bees face. This problem comes in three flavors… enough food, good enough food, and clean enough food. Let me explain:

Enough… drought in some parts of the country has severely limited the plants bees visit. Others this year have had cool, rainy weather… both limit the availability of good food and enough food. If you live wherever the weather sucks this year… be aware of the food problem.

If you live, like I do, with mostly corn and soybeans in the immediate area you have a lot of two kinds of food… Think a daily diet of breakfast cereal and salad—good for awhile, but not for long. Monocultures dominate the universe in some places, leaving out much of what a balanced diet calls for, thus, you need to provide the missing nutrients, vitamins, minerals and the rest. My suggestion is that if you offer your bees some of the pollen you collected earlier this season, or a protein substitute available from bee supply companies and they take it, they needed it. If they don’t you’ve invested a buck in knowing they don’t. This is very cheap insurance. 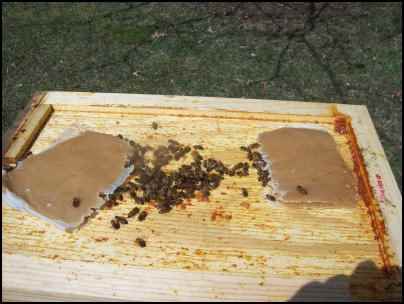 At the same time, these two crops, along with many others unfortunately, harbor a beekeeper’s favorite foe… pesticides. Is the pollen your bees have stored good pollen, clean, without pesticide residues? How do you know…? You don’t really. If you check, you might find that the local farmer is spraying beans for aphids, corn for worms, or they were seed-treated before planting. Some of the newer pesticides are systemic and will end up in pollen and nectar in treated plants. Bees harvest this deadly diet and bring it home to store. In general, big agriculture is more foe than friend, and the further away you can stay the better.

It’s still late summer and, in many places, there is still a fall flow of honey to be had, so read the treatment label carefully before treating with your honey supers still attached. But if the season is over, the sooner you can treat, the better, because you want to make sure that you take care of the bees that go into winter.

Next time we’ll look at actual winter prep… and unless you live in southern Florida or Texas, there are several things to do so your bees do okay all winter long.