Rudolph and Company: A Portrait of the North American Reindeer

Home /Livestock/Rudolph and Company: A Portrait of the North American Reindeer 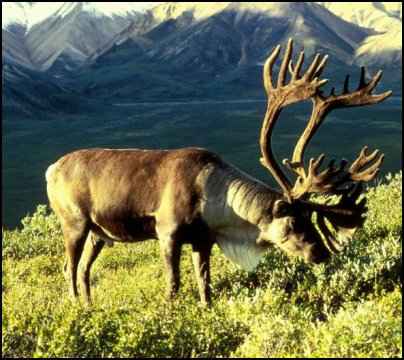 “Rudolph the Red-Nosed Reindeer, aad a very shiny nose”…as well as some interesting characteristics that truly distinguish this helper to Santa from other members of the deer family of hoofed animals (Latin: Cervus).

Native to most parts of  Northern Eurasia, the largest indigenous populations of Reindeer, are found in Scandinavian countries and Russia.  Although closely related to the North American Caribou, wild reindeer (Rangifer-tarandus) have developed some adaptive characteristics allowing them to survive and even thrive in Arctic and Sub-Arctic climates.  Qualities such as the overly broad sized and flexible hooves, allow for walking on top of and digging into deep snow for forage during the long winter months in the North.

Unlike other members of the deer family (such as White-Tail, Mule-Deer, and Moose) who deliver their young in the late winter/early spring months, Reindeer carry their fetus from Sept/Oct to May/June, when spring weather is more conducive to calf survival, and when access to more abundant forage will result in a larger milk production for the calves.  Reindeer, with their thick, warm coats have every adaptive requirement to survival in the far North, where many animals would never survive such harsh elements.

In Canada and the U.S. state of Alaska, reindeer ranching has semi-domesticated these imported “exotics”.  North American Reindeer presently are raised for their low-cholesterol meat (called venison) as well as for the valuable antler velvet, which is harvested once a year in June, when it is at its prime.  The soft, dark velvet is easily and painlessly peeled off the antlers, of which both male and female of the species carry, and is shipped mainly to Asia for medicinal uses.

They require little in the way of housing, other than shelter from the elements, but do require 10-foot page-wire fencing to keep them in.  Even though they are typically short in stature, their jumping capabilities would allow for escape from typical 4-5 foot standard farm fencing.

In 2014, there were only eight registered reindeer ranches in British Columbia, most located in the North-East corner of the province in the Peace River District, although one closer to the lower mainland exists in the South Caribou town of Clinton, BC, owned by Art and Loretta Danielson.

At that time in B.C., there was recorded to be 350 reindeer approximately, in total, being raised domestically at this time.  As only 20-30 animals are harvested per year in total throughout the province, the goal for most Reindeer ranches is to increase breeding stock numbers and to promote the Reindeer Industry, which is still in its infancy.  Other goals also include the marketing of the well sought after distinctly flavoured meat, and the velvet exports. B.C. Reindeer farms are noted as being considered among the healthiest in the world.  Strict government policy and licensing surround the husbandry of Reindeer ranching, and more information can be obtained on this subject by visiting the offices or websites of the B.C. branch of Agriculture Canada.

And so at Christmas this year, when you hear the tinkling of bells and large, snow-shoe type hooves clattering on YOUR rooftop, you will know a little more about Santa’s Christmas Eve companions.