A Day in the Delta 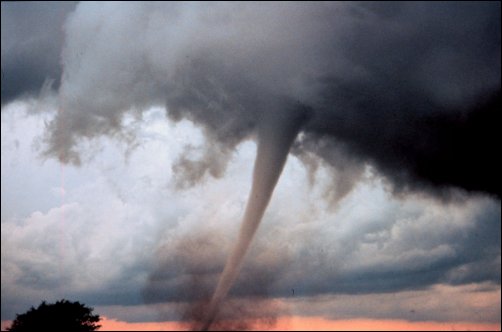 “Thank God we finally made it to Dumas!”  I never thought these words would exit my mouth, but they did that hot, muggy day in April.  Of course, when I left Harrison, it was chilly and windy, but the weather would not concern me just yet.  I unloaded the car of children, a sick dog, piles and piles of clothes, and necessities.  During this process, I noticed the clouds had darkened and a light shower had begun to fall.  I hurriedly chased the children inside the parsonage, fastened our queasy dog, Happy, inside the back porch, and located some clean clothes (the others were splotched with vomit from the dog).  All the time I was thinking that this trip was one of the worst I had ever taken.  Not only had we left our home for this Godforsaken, unending, never changing flat land, but we were going to stay for a year!  Three hundred and sixty-five days to be exact; I would just have to make the best of it.  And after all, we were here to help my husband’s family.  We would be close to assist them during his twin sister’s illness.

Glancing at my husband’s smiling face, I made peace with him.  This would be a good time for him and the children.  They had not had a chance to spend much time with their grandparents.  Besides, what could happen in one year?  I comforted myself with this thought as I became occupied with preparing a late supper.

The trash cans blowing against the side of the house startled me.  Looking out the kitchen window I was amazed at the transformation of the world in just a few minutes’ time.  Thick black clouds hovered completely around the parsonage and church buildings, so heavy it seemed we were wrapped in a blanket.

The phone ringing spurred me to action; it was one of the church members calling to see if we had arrived, also to warn us of an approaching tornado.  Dumbly, I spoke into the phone, “Oh, yes,” I managed to squeak, “safe and sound.”  You would have thought I was discussing Sunday dinner preparations.  She again repeated the warning, said the area under threat was a little broad but to take precautions.  “Certainly,” I responded, sounding more confident than I felt, “I will take the children to the center of the house.”  That could pose a problem, I was thinking, as I quickly went over in my head just where we were.

The parsonage sat in the middle of a cotton field with a few trees out back, and wide flat expanses as far as I could see.  The little house sat on a raised block foundation to keep out the waters of the stagnant swamp that lay lurking along the backside of the parsonage.  The phrase “sitting duck” danced through my mind.  Thankfully the church was brick; it was the safer of the two.  Calling to my husband, I explained the phone call.  He went outside to look around.  He then shouted for me to come quickly.

Rushing, not knowing what to expect, I opened the door; it blew out of my hands and banged against the wall.  A solid sheet of rain instantly drenched me and the children.  An icy wind began to blow.  My husband pointed at the sky where a green eye glared balefully down at us.  Suddenly the rain stopped.  Not sure what to expect next, we continued to survey the surrounding area.  Then swifter than we could run, the eye sank to the ground.  The very air around us turned a moss green.  Snatching up the children I ran to the hallway praying, shaking, and deathly scared.  Pushing them to the floor, I lay on top of them trying to shelter them from the tempest.  Our daughter Hailey, the little nurturer at age six, reached out trembling hands to squeeze mine and her little brother’s.  Jameson, at age two, was whimpering, sucking his lower lip, confused and scared.

Meanwhile, the wind had picked up and debris of all types began to pummel the house.  The windowpanes began to rattle, and a humming noise began to echo through the house.  In trying to comfort the children, my husband and I tried to reassure ourselves that Satan’s hordes had not been loosed on us.  A new sound began to penetrate our hearing, a wild eerie howl.  The hair on my head began to prickle and rise.  “What is that?” I shouted to my husband.  Visibly shaken, he just shook his head at me.  Would this day never end? I thought to myself, and would we live to see the end?  There was no way to know the answer.  We continued to sit in the hall and pray, as we listened to the ferocity of the storm beat, abuse, and blow against the little parsonage that dared be in the path.  Slowly the sounds began to diminish; the wind began to ease, and the howling, that wild tormented howling, faded.

Rising to a sitting position, I found I was trembling but could walk.  I cautiously walked to the back porch to check on Happy.  He was soaked but appeared unconcerned with anything but sleeping.  Next, I turned to survey the damage the storm had wrought.  My husband, standing in the doorway, seemed spellbound.  There, plain as if traced on a map, was the path the tornado had taken; right between the church and the parsonage.  Telephone poles were snapped off like twigs, and tree limbs lay sprawled in the yard.  The grass lay bent and broken, but somehow the little parsonage had survived the storm’s fury.

Normal returned quickly to our household.  The children began to complain of hunger pains, and once again, I began meal preparations.  Sitting down to the table for supper, we gave thanks with new sincerity.  The ringing of the phone broke the peace, as one after another of the church members began calling.  Yes, I thought silently, life goes on.  I also wondered with a sinking heart, if this was just one day in the delta, what would a year hold?

Snake Lore
Can I Design a Backyard Shed by Myself?