Since the beginning of time man has found various ways to predict the weather.  From this have come superstitions, old wives tales, and cultural stories passed from one family member to the next in each generation.  It is a way of controlling the environment by knowing what to expect from the coming season.  It is impossible according to scientists, and reliable according to those who know how to read the signs they have learned.

Based mostly in four season zones, but found around the world, the stories vary with the information gathered from the sky, air, animals and plants.  Farmers have depended on these predictions and superstitions for planting their crops and harvesting the bounty for the coming year.  If a harvest does not produce, many people would starve during the coming winter.  It was their lifeblood and their survival to produce a good harvest.

Sailors from our early history were guided by the sky, the stars and the wind.  Before the advent of technical advances a ship’s captain used weather lore and superstitions to find his way.  He was responsible for import of goods and export of people to the New World.  His used the sky and the stars and the clouds to foretell of storms that could cost the lives of his crew or to guide the ship safely into port.  With each discovery came new superstitions from a new people in a common connection to the earth.

“Rain from the east, two day wet at least.” 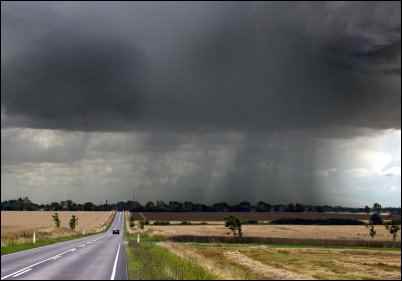 Predictions and prayers for rain is the hope of farmers for a good harvest and money to last the year.  Without rain their crops would not grow.  Today’s farmer can use the watershed from other sources for his crops.  But watershed, too, depends on rain and snow each year.

Some areas will receive too much rain while others suffer in drought.  If summer weather can be predicted according to possible rainfall, crops can be planted according to the amount expected and plans can be placed to prevent flooding of homes and communities.  Just listen to the farmer for the weather forecast followed for years through weather lore of the area.

If you have bees near your home or crops you can watch them.  If they fly home and do not return, it is a sign of coming rain.  If horses are restless and shake their heads a lot, it means rain is on the way.  Nothing is proven by any of these events. They are just old wives’ tales.  But they are the tales that have helped feed a nation.

There are a lot of predictions for rain.  Owls will hoot more at night if rain is on the way.  Cobwebs in the grass mean rain.  Pink clouds in the west at evening time means rain.

“A round-topped cloud with a flatted base carries rainfall in its face.”

We are now aware of how to predict short-term weather conditions according to cloud formations, low and high pressure and, of course, satellite picture from space.  Modernization has helped to predict and prepare for weather disasters, but science still cannot predict seasonal weather with accuracy.  So human nature will revert back to weather lore.

“If the moon shows like a silver shield you needn’t be afraid to reap your fields. But if she rises haloed round, soon we’ll tread on deluged ground.” 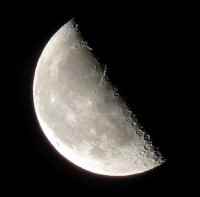 We all know the moon has a certain control over the ocean tides.  But according to weather lore, it also predicts weather patterns and how plants will grow.  Many people believe in planting according to the moon, they watch it for the next rainfall, harvest fields by it and predict major storms coming their way just by watching for shape, season, color and location.

Native American belief is if the moon looks like it is tipped on its back, it is holding water that will not spill. If it is tipped forward the water will spill from it in the form of rain.  You can find beliefs in many other cultures throughout the world, too.  They use the moon and its mysteries to guide their lives and beliefs.  From weather predictions to religious ceremonies, the moon is a constant and yet, it is ever changing and always present in lore, superstitions, and stories.

Winter can be some of the harshest weather to survive when you live in a four-season region.  It can be a matter of life and death due to cold and starvation if you don’t plan ahead.  For this reason many superstitions have abound for predicting cold weather and winter conditions.

Those of us that live in a four-season region have to plan for extreme cold and snow in case of emergencies.  Extreme cold can cause power lines to break and cut the power to homes.  No power means no heat for most homes.  Heavy snow conditions mean removing snow from driveways so you can leave home and go to work.  Too much snow on roofs can cause the building to collapse, often causing extreme injury to the residents.

It is a time when we have to prepare for enough food, fuel and transportation emergencies.  Employers have to be somewhat understanding when a worker can not get off their own road to drive 30 miles to work.  If you can get your car out of the drive and on to the surface street, ice and slick roads become a problem.  Travel is slower and normal drive time of 15 to 20 minutes to your job becomes at least an hour. 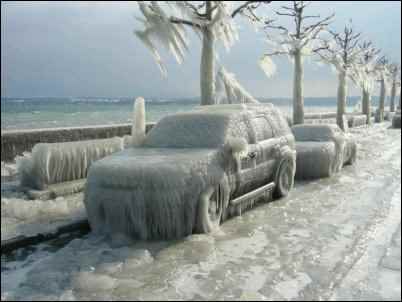 When facing a hard winter there is going to be increased physical work: shoveling snow off the roof, running a snow blower for hours on end and learning to travel slower.  No matter what type of prediction you feel your winter season will be, it is always best to be prepared for the worst.

Animals seem to have a built-in weather system and can predict hard winters more easily than any human will ever be able to.  When their fur comes in thicker than normal during the fall it means there is going to be a hard, cold winter.  But this applies to animals that live in the outdoors all the time, not your well-pampered housecat!  Horses, goats and other barnyard animals that need extra protection from the season are provided for by nature with an extra layer of hair or fur.

Beavers are a great predictor of the winter season to come.  They build their homes to protect them from the cold and weight of snow.  If a beaver dam is built thick and heavy, blocking larger portions of water mass than in years past, you can be sure the winter will be a hard one.

Other predictors of a hard, cold winter are when nuts and berries hang on the branches after the last of the leaves have fallen.  When the oak tree still wears his leaves in October, it will be cold.  One predictor in our area of northern Idaho is an ash tree on one of the local homesteads.  The leaves have been thick this year and are hanging on, so it is supposed to be a hard winter with the cold, but normal snowfall.  Normal where I live is four to five feet.  If we get over that then we are getting the hard winter.

Even the human body is capable of predicting coming storms and snow.  Joints hurt more, former injuries increase in pain during low and high-pressure systems.  So many people can tell you the weather is changing from mild to wild according to their own bodies.

“Feels like earthquake weather. Its gonna be a shaker.” 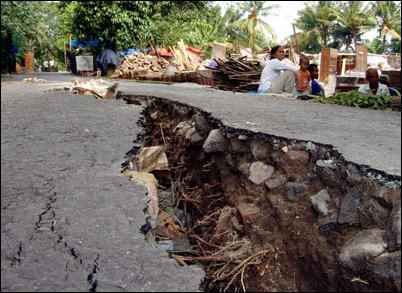 Scientists say it doesn’t exist.  Skeptics laugh when someone says its earthquake weather.  But for anyone who has lived along the west coast for any length of time, they will tell you earthquake weather is real!  I grew up in California with a whole family of old wives and their tales.  I learned early in life what earthquake weather felt like and prepared for any ride it might bring.

The air becomes extremely calm, sometimes warm and sometimes hot.  Birds fly away from the area leaving an empty, too quiet feeling.  There is an eerie calm and the air is charged with electricity like nothing you have ever experienced.  You wait for that small shaker, fault zap or the big one that can tumble buildings.  It may be the slow movement under your feet or one good shake that can knock you off your chair.

I knew it was coming, because of earthquake weather.  I have felt it many times while living along fault lines and sometimes there were even earthquakes.  If there wasn’t an earthquake during this time, then it is explained away with “we got lucky” or “it was too deep to feel” or “just wait, it means the next one will be the big one.”  I love the feel of earthquake weather.  It is scary, exciting and just plain weird.

But there are a few predictors of earthquakes in which only those who live along fault lines believe: When ants come to the tops of the ground in large number and in a big hurry; when a cat can’t seem to find a place to stop and runs in circles in a panic state; when cows in the field stand with their legs apart more than usual to brace themselves so they won’t fall over during the shaking. 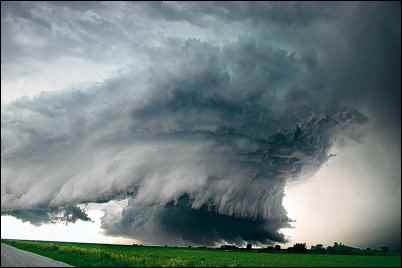 Whatever you believe, earthquake weather is real to many of us fault-line honeys and we love it.  Once you feel the charge and calm, you never forget it.  It becomes a part of an experience that causes anxiety and fear at the same time as you wait for the earth to move… and then wait for it to stop moving.  There is nothing like an earthquake to wake up your day.

True enough, the only sure way to predict the weather is to wait for it to arrive and then look out the window.  Some of the superstitions and lore seem to be right on, while others serve as entertainment to the world.  But if you want to find out the truth, keep your own weather journal to create a new generation of predictors and family stories.