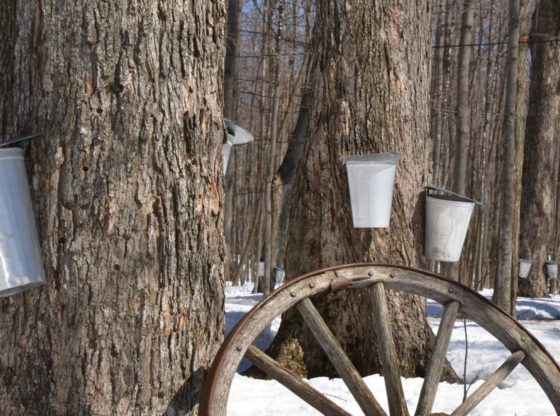 Many years later, someone told me that they made their own maple syrup with trees on their own property.  THAT definitely interested me.  If we made our own, we would not have to ration it.

Both methods/recipes have four steps, yet the outcome is very different.

How to Make Small-batch Maple-flavored Liquid

This year, my husband and I will be entering our third year of maple sugaring.  We used minimal resources the first two years to see if it was something we wanted to invest in and continue saving money to put towards a high-efficiency evaporator (which we hope to begin using next season).

I would like to share our experiences from the last couple of years making maple syrup with our first two methods, using minimal supplies.

Our First Year Making Maple Syrup on the Homestead 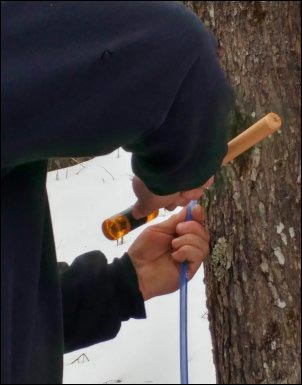 We started our syrup experiment by choosing ten trees on our immediate property.  We only chose trees that were easy access from the house.  Bright green flagging tape/ribbon ($3 per roll) was tied around them in summer.

In March (toward the middle of maple-syrup season), we tapped each tree.  We purchased a ten-tree sap-tapping kit (2-foot lengths of 5/16” plastic sap-vacuum tubing and ten taps for $27).  We bought ten one-gallon water jugs with screw-on tops from the grocery store ($5 total).  Water was given to the animals and we kept the jugs.  A 5/16” hole was drilled into each top.  A tap was hammered into a tree; one end of a hose was attached to the tap and the other to a hole in a water-jug cap.

We checked jugs daily, but only collected sap when at least half full.  The sap was stored in food-grade five-gallon buckets with tight-fitting lids.  We already had these buckets so we did not have to buy any, but we did need to buy a few lids.  Temps were cold enough to leave buckets outside in a shady area.  When we collected twenty-five gallons (in almost ten days), we had to boil, as the weather turned warm and we did not have space to store the sap in a refrigerated area. 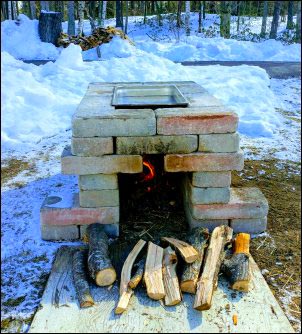 A simple outdoor fireplace was constructed out of paver bricks. We got ours free on Craigslist. They can also be found on Facebook Marketplace or Craigslist for cheap.  We also bought one stainless steel pan (6” steam-table pan for $20).

The sap was boiled down over an open fire for an entire ten-hour day.  As it evaporated, more sap was added.  We learned that someone needs to keep an eye on it at all times.  The ONE moment I asked my husband to come inside for something, it boiled over the top!

That first run yielded one quart of maple syrup.  We spent around $50ish for that quart of syrup.  We collected and boiled down two more batches before calling it quits (weather got far too warm to keep unrefrigerated sap for long), each time getting about a quart.

We decided that we would tap again the next year with more trees and upgrade our equipment.  We would start earlier.  We also learned that we needed a much bigger wood supply for the fire.

Our Second Year Making Maple Syrup on the Homestead

That year we tapped twenty-five trees, again marking the additional maples with bright survey ribbon.  Some of the additional trees were not as accessible (on hilly areas and further away from the house) so we did some bushwhacking to make paths.

Larry built a barrel evaporator (free steel barrel + $50 adapter kit).  He spent a day building it.  No welding, just cutting off the barrel and basic tools are required. 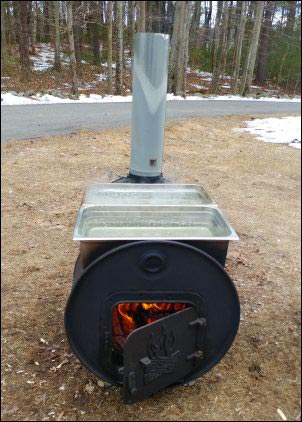 We tapped all twenty-five trees just like the previous year, but this time we waited until we collected forty gallons before boiling.  We had to purchase additional food-grade plastic buckets and lids to store the sap.

Again, the sap took a ten-hour day to boil down each of the two batches, but we yielded a gallon from each run.  Due to work schedules, we were limited to two runs. 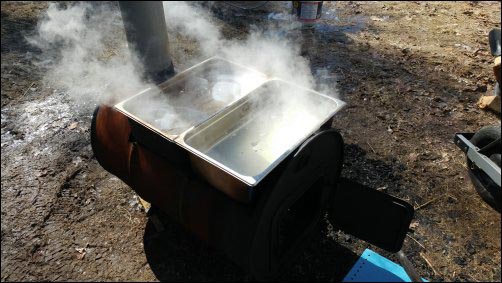 That year, we got two gallons of maple syrup.  We learned that we would need to cut and split even more wood and that we needed to start sooner to carve out more time to do more boils.

This coming season we hope to use a high-efficiency evaporator that we were able to finally purchase.  We already have an ample supply of wood, cut and split (we hope!).  In January, we tapped forty-seven trees (many of which are down in the valley, around the swamp) to get a jump start on a possible early spring run.  By the end of the first week of February, we had already collected twenty gallons (using snowshoes and ice cleats).  Larry made a forty-gallon sap-storage container out of a food-grade barrel, to eliminate using all those five-gallon buckets.  He also created an addition onto an existing structure to use as a sugar shack.  We bought a sled to aid in collecting sap down by the swamp.  We created time for boil-downs this spring, invested more time and money into our syrup experiment, and our putting more attention on maple syrup this year.  Let’s see if it pays off! 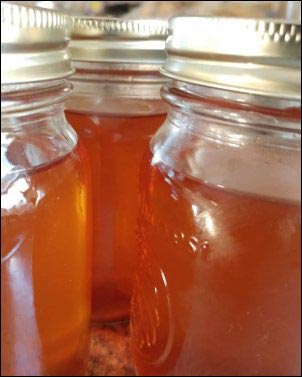 Cheesy-Italian Buttermilk Quick-bread
Entering the Hospital: Some Facts to Know to Protect Yourself (Part II)